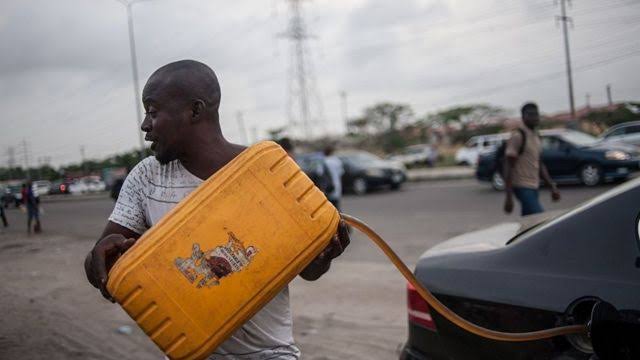 While information is yet to surface on the actual party responsible for the importation of contaminated petrol, among the Nigerian National Petroleum Company (NNPC) Limited and 4 oil trading companies, the fuel scarcity has worsened in the major cities of Lagos and Abuja.

This is despite assurances from NNPC and the Nigerian Midstream and Downstream Petroleum Regulatory Authority (NMDPRA) of their capacity to restore normalcy in the supply and distribution of good quality fuel by last weekend and eliminate long queues of vehicles at the various filling stations.

The NNPC had ordered a recall of the contaminated fuel from the marketers leading to a shortage in supply and the emergence of black marketers who sell the scarce product in jerry cans between N400 to N800 per litre as a result of petrol scarcity.

The fuel supply situation which seemed to have improved last week Friday in some parts of Lagos with fewer queues of vehicles in filling stations, appear to have worsened by Sunday with many filling stations shutting their doors to motorists.

It was noticed that majority of the filling stations in Ikeja, Ogudu, Surulere, Oshodi, Awolowo Road Ikoyi, Amuwo Odofin, were not selling fuel, while the few that were open for business, had long queues of vehicles.

Long queues could be seen in the few stations selling with both private and commercial motorists complaining about the situation as commuters were stranded in various bus stops.

The regulator, NMDPRA, has since remained mum on the current situation of fuel distribution and non-availability of the product at most filling stations in Lagos, Abuja and some other states affected by the fuel scarcity.

MOMAN claims to have received 2 vessels of petrol

Meanwhile, the Major Oil Marketers Association of Nigeria (MOMAN) said it has received 2 vessels of petrol as scarcity of the product continues unabated in Lagos and other parts of the country.

Isong said the recent importation of off-spec petrol into the country and the subsequent directive to withdraw the affected products from the market created a huge supply gap.

He said, “We know that the withdrawal of the four vessels disrupted the supply chain leading to panic buying by Nigerians.

“We (MOMAN) members have so far received two vessels from the NNPC since our last meeting on Wednesday and we believe the NNPC and other stakeholders are working tirelessly to see how this problem can be resolved.”

Isong said it has become quite important for the downstream petroleum sector to be fully deregulated with the importation of PMS liberalised to ensure improved supply and stability.

Recall that oil marketers and some stakeholders had earlier attributed the current fuel scarcity in Lagos, Abuja and some other states to the withdrawal of adulterated petrol by the NNPC. They said that some of the petrol imported into the country under the Direct Sale, Direct Purchase (DSDP) contract had a high content of methanol and ethanol, which are regarded as highly harmful.

Finally, breaking its silence on the crisis, the Federal Government through the NMDPRA, confirmed the earlier reports, saying that it found out the affected petrol supply chain that was in circulation, had methanol quantity that is above Nigeria’s specifications and subsequently had to withdraw them.

The Chief Executive Officer of NMDPRA, Mr Farouk Ahmed, in his reaction to the resurgence of fuel queues in Lagos and Abuja, said methanol quantity above Nigeria’s specification was discovered in a supply chain, which has since been isolated.

The Federal Government through the NNPC imports petrol through crude-for-fuel contracts, known as direct sale, direct purchase (DSDP), with consortia of local and foreign oil firms.