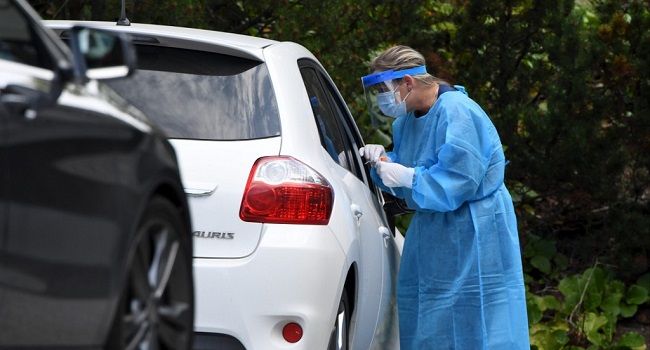 Finland has removed most EU countries from its “green travel list”, with only arrivals from a handful of states now able to enter the country without restrictions, the government announced on Wednesday.

The tougher rules, aimed at halting the spread of the coronavirus, mean that only people coming from Italy, Hungary, Slovakia, Estonia and Lithuania will now be allowed into Finland without proving they have a valid reason for travel and self-isolating for two weeks.

Arrivals from a number of non-EU countries including Georgia, Rwanda and South Korea continue to be freely permitted under the measures which will come into force next Monday.

“Finland’s border policy is the tightest in the European Union, because we have wanted to preserve the relatively good virus situation in Finland,” Interior Minister Maria Ohisalo told a press conference.

Since June, the government has said it will allow arrivals from countries with fewer than eight new coronavirus cases per 100,000 population in the last two weeks, although ministers have now made exceptions for countries with under 10 cases.

Nonetheless Finland’s cut-off point is considerably stricter than its Nordic neighbours, such as Norway which permits arrivals from countries with up to 20 new cases per 100,000 people.

Finland currently has one of Europe’s lowest incidences of COVID-19, registering only 5.3 new cases per 100,000 in the past two weeks, although the number is rising.

Ohisalo also announced that restrictions on Finland’s land borders with Sweden and Norway will be loosened to allow residents living on either side to cross more easily for everyday purposes.

Harakka said legislative hurdles mean officials and not ministers will have to make the decision to suspend flights from a particular airline, but he said he expects connections from the Balkan city to end by 29 August.