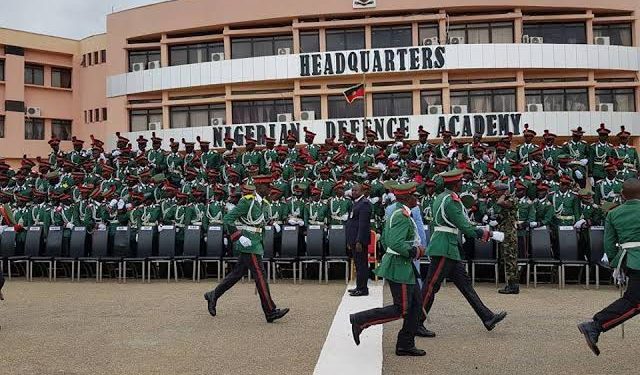 President Muhammadu Buhari has declared that Tuesday’s heinous attack launched by elements of Boko Haram on NDA facility will only buoy the country’s military action to totally eliminate evil in the country. The President specifically said, rather than dampen the morale of the armed forces as it is intended to, the attack will speed up soldiers determination to make a decisive end to the criminality besetting the nation.

Noting that the attack, which led to loss of lives, came at a time the military had put insurgents, bandits, kidnappers, and other types of criminals on the retreat, the President said the heinous action would accelerate the total uprooting of evil in the polity, which members of the armed forces are solidly resolved to accomplish in the shortest possible time.

A statement signed by his Special Adviser on Media and Publicity, Femi Adesina, quoted the President as thanking Nigerians who value and appreciate the efforts of the military, while urging those playing hateful politics with the dastardly act to desist, noting that rather than recriminations, it was time for all patriots and people of goodwill to support and encourage those who are in the vanguard of the battle against wickedness in the land.

The DHQ also denied news making the rounds that its personnel were asleep when the terrorists struck. According to Defence spokesman, Major General Olufemi Sawyerr, the allegation is untrue.

Lagos Cautions Residents Against Illegal Use of Properties