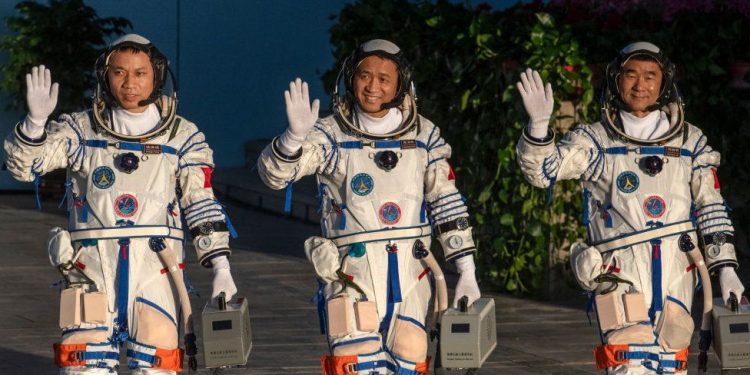 They spent 90 days at the Tianhe module on China’s space station, some 380km (240 miles) above Earth.

The three men had on Thursday boarded the Shenzhou-12 crewed spacecraft and undocked from the space station.

The successful mission is another demonstration of China’s growing confidence and capability in the space domain.

Nie Haisheng, Liu Boming and Tang Honbo touched down in the Gobi desert in Inner Mongolia at around 13:35 local time (05:35 GMT) on Friday.

They had left for space on 17 June, and had lifted off from the same desert.

While in space, the three men completed various tasks including transmitting experiment data back to Earth and conducting hours-long spacewalks, according to China’s Global Times.

The core module of the space station, where the astronauts lived, is said to have separate living spaces for each astronaut and a space gym equipped with a specifically designed treadmill and bicycle, the Global Times reported quoting China’s Aerospace Science and Industry Corp.

China has made strides in its space ambitions in recent years. In 2019, it became the first country to send a robotic rover to the far side of the Moon.

But it had to develop its own space station, in part because it has been excluded from the International Space Station project.

The US, which leads that partnership with Russia, Europe, Canada and Japan, will not co-operate with China in orbit.

Lebanon gets a new government, its first since last year's deadly port blast