by The Lagos Today
in Entertainment
7 min read
0
0 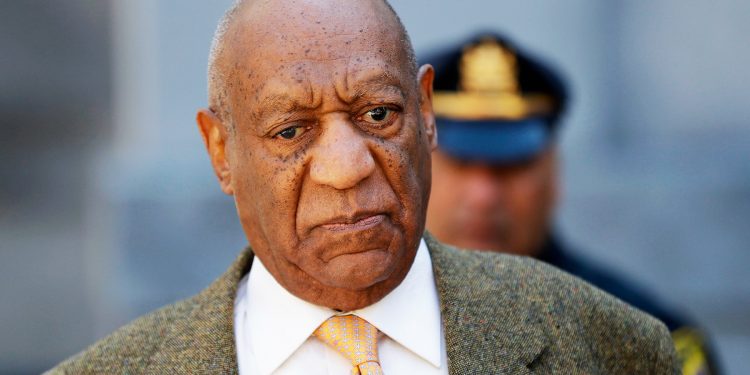 The entertainer had been serving a three- to 10-year sentence in a prison outside Philadelphia.

Bill Cosby had his conviction for sexual assault overturned by a Pennsylvania appeals court on Wednesday and was freed from prison, a dramatic reversal in a case had represented the first high-profile sexual assault trial to unfold in the aftermath of the #MeToo movement.

Mr. Cosby had served three years of a three- to 10-year prison sentence at a maximum-security facility outside Philadelphia when the seven-member Pennsylvania Supreme Court ruled that Mr. Cosby, 83, had been denied a fair trial in 2018.

One of Mr. Cosby’s lawyers on the appeal, Brian W. Perry, said that his client was released from prison shortly after 2 p.m. and was headed to his home in suburban Philadelphia.

The ruling upended the legal case against Mr. Cosby brought by prosecutors in Pennsylvania that began with his arrest in 2015 on charges of drugging and sexually assaulting a woman at his home in the Philadelphia suburbs eleven years earlier. At the end of the trial in April 2018, the jury convicted Mr. Cosby, who for years had brightened America’s living rooms as a beloved entertainer and father figure, of three counts of aggravated indecent assault against Andrea Constand, to whom Mr. Cosby had been a mentor and who was at the time a Temple University employee.

The ruling overturned the first major criminal conviction of the #MeToo era, and came soon after allegations of sexual assault had been made against the powerful Hollywood producer Harvey Weinstein, spurring a national conversation about sexual misconduct and assault. Ms. Constand praised the guilty verdict at the time, saying, “Truth prevails,” and the National Organization for Women described it as “a notice to sexual predators everywhere.” But Mr. Cosby’s lawyers, who had said at the time that allegations against Mr. Weinstein would make it difficult for them to receive a fair trial, later suggested in an appeal that what they described as a period of “public panic” had influenced the outcome.

In 2019, an interim court upheld the trial verdict. But the Supreme Court, the state’s highest court, agreed to consider the case, and at a hearing in December, some of the court’s seven justices questioned prosecutors sharply.

In their 79-page opinion, the judges wrote that a “non-prosecution agreement” that had been struck with a previous prosecutor meant that Mr. Cosby should not have been charged in the case, and that he should be discharged. They barred a retrial.

In 2005, Mr. Cosby was investigated in the case of Ms. Constand, and a former district attorney of Montgomery County had given Mr. Cosby his assurance that he would not be charged in the case. The former district attorney, Bruce Castor Jr., has testified that while there was insufficient evidence to bring a criminal prosecution, he had given Mr. Cosby the assurance to encourage him to testify in a subsequent civil case brought by Ms. Constand.

In that testimony, Mr. Cosby acknowledged giving quaaludes to women he was pursuing for sex — evidence that played a key part in his trial after Mr. Castor’s successors reopened the case and charged Mr. Cosby in December 2015. That was just days before the 12-year statute of limitations expired in the case, and it came amid a number of new accusations from women who bought similar accusations of drugging and sexual assault against Mr. Cosby.

“In light of these circumstances, the subsequent decision by successor D. A.s to prosecute Cosby violated Cosby’s due process rights,” the appeals ruling said. “No other conclusion comports with the principles of due process and fundamental fairness to which all aspects of our criminal justice system must adhere.”

Mr. Perry, one of the lawyers representing Mr. Cosby, praised the ruling.

“We are thrilled with the Supreme Court’s decision,” he said. “To be honest with you, we all believed, collectively, that this is how the case would end. We did not think he was treated fairly and fortunately the Supreme Court agreed.”

The Montgomery County District Attorney, Kevin R. Steele, said that he hoped the decision would not “dampen the reporting of sexual assaults by victims.”

“He was found guilty by a jury and now goes free on a procedural issue that is irrelevant to the facts of the crime,” Mr. Steele said in a statement. “I want to commend Cosby’s victim Andrea Constand for her bravery in coming forward and remaining steadfast throughout this long ordeal, as well as all of the other women who have shared similar experiences.”

Patricia Steuer, 65, who accused Mr. Cosby of drugging and assaulting her in 1978 and 1980, said that she had been preparing herself for the possibility that Mr. Cosby’s conviction would be overturned but that she was still “a little stunned” by the court’s ruling on Wednesday.

“I’m feeling sad because this is absolutely a perceived loss on my part,” said Ms. Steuer, who said she found out about the decision on Facebook. “I’m wondering what the 43-year ordeal that I went through was supposed to be about.” But she said she was “consoled by the fact that I believe we did the only thing that we could, which is to come forward and tell the truth.”

Scott Berkowitz, the president of RAINN, the Rape, Abuse and Incest National Network, said: “We are deeply disappointed in today’s ruling by the Pennsylvania Supreme Court, and by the message this decision sends to the brave survivors who came forward to seek justice for what Bill Cosby did to them. This is not justice.”

Phylicia Rashad, who appeared as Mr. Cosby’s wife in “The Cosby Show,” praised the decision on Twitter. “FINALLY!!!!” Ms. Rashad, who was recently named the dean of Howard University’s College of Fine Arts, wrote on Twitter. “A terrible wrong is being righted- a miscarriage of justice is corrected!”

The decision undoes a verdict that several women who said that they had been assaulted and raped by Mr. Cosby had praised at the time as a measure of justice that had been long in coming. In a victim impact statement filed with the court in 2018, Ms. Constand had said of Mr. Cosby: “We may never know the full extent of his double life as a sexual predator, but his decades-long reign of terror as a serial rapist is over.”

And Janice Dickinson, a former model who had told the court that Mr. Cosby raped her in 1982 after giving her a pill — her account was one of five women the prosecution presented from women who said he had drugged and sexually assaulted them — said after the sentencing that “My heart is beating out of my chest at the moment.”

A lawyer for Ms. Constand, Dolores Troiani, declined to comment on Wednesday, saying that her legal team was still reviewing the decision.

The issue of whether the trial court had improperly allowed additional women to testify was not considered because the panel ruled that Mr. Cosby had relied to his detriment on Mr. Castor’s promise and then made statements in the civil case that were effectively used as evidence against him.

Three of the justices dissented from the majority opinion. Justice Thomas G. Saylor disagreed that a statement Mr. Castor made in a news release represented an unconditional promise that bound his successor not to prosecute. Justice Kevin Dougherty, in a separate opinion in which he was joined by Justice Max Baer, found that though Mr. Cosby’s due process rights had been violated when he relied on Mr. Castor’s promise and testified in the civil case, the remedy should not have been barring further prosecution but throwing out the evidence the prosecution gained from Mr. Cosby’s testimony. 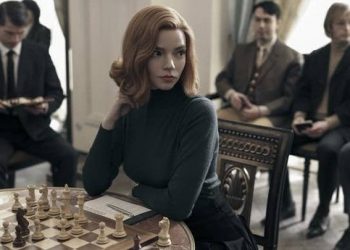