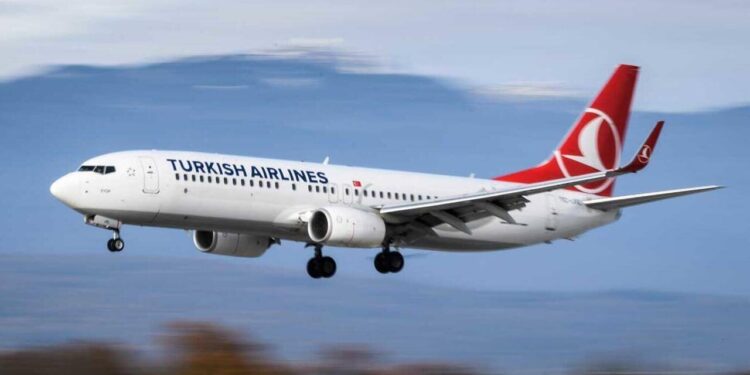 Following the Federal Government’s international flights resumption on August 29, only four flights are approved daily in Lagos and Abuja with a maximum of 1,280 passengers in each airport while it considers to shorten isolation to eight days.

This was divulged at the regular Presidential Task Force on COVID-19 (PTF) Donor meeting.

The FG further noted that initially there will be a limited number of flights: four flights a day in Lagos and Abuja with a maximum of 1280 passengers daily in each airport, estimated 320 passengers per plane.

“Primarily, the PTF wanted to allow only four international air companies from different areas of the globe to fly to Nigeria. However, for legal reasons, this would not be possible and therefore, there will be slots allocated on a daily basis, as stated.

In terms of the updated protocols, the PTF says it expects to have them approved presently so as to be able to announce them in principle this afternoon during the regular press briefing.

According to the PTF, the authorities are considering making it a pre-condition for boarding on the way to Nigeria that a up to 7 day old negative PCR test be produced prior to boarding (a PCR test as close as possible to the time of departure would be preferable, say 72 hours, but this would not be practical for short term visitors).

“The authorities are prepared to consider shortening the self-isolation/quarantine period from 14 to eight days, if arrivals undertake another COVID-19 PCR test on the 7th day after arrival.

The argument against testing everyone on arrival is that if, for instance, a passenger had been contaminated on the incoming flight, it would be too soon for the test to detect the infection.

The authorities, however, clarified that it wants also to get rid of the current practice applied since June last of keeping passengers’ passports until successful completion of the normal 14 days quarantine, to be confirmed by a negative test at the end of that period, adding that the practice does not apply to diplomats even as of today.

Henceforth, arrivals will be asked to book and pay for a PCR test prior to arrival.

“This way they will keep their passports and move on home. Only the passports of those passengers not carrying an evidence of payment of a PCR test on arrival will be retained by the Authorities.”

“They believe that evidence of payment of a test – a considerable sum for some but not for all – constitutes enough of an incentive for the arriving passenger and reassurance for the Authorities that the test will be done,” PTF averred.

The Taskforce added that arrivals would be prompted by SMS to do the PCR test.

“This being said, the shorter quarantine option afforded to those that actually do the test on the 7th day following arrival may prove more of an incentive to ensure compliance,” it warned.

According to the PTF, although they are continuing with the procurement arrangements for testing on arrival, sample collection at the airport, they believe deployment of this additional measure will not be necessary.