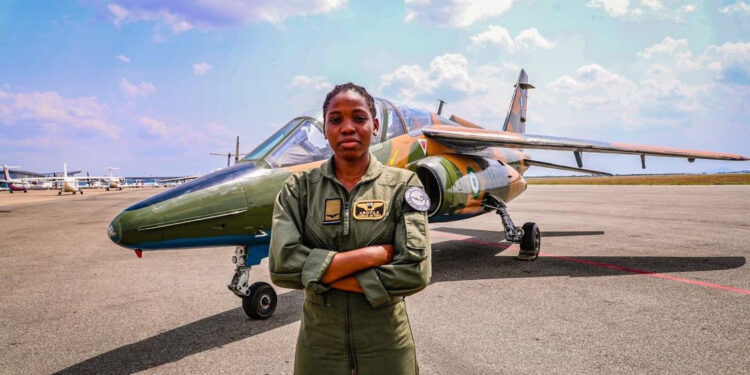 The lady who drove the car that killed prominent Nigerian female Combat pilot, Tolulope Arotile, has been charged with culpable homicide and criminal conspiracy by a Magistrate Court in Kaduna.
The lady, Nehemiah Adejor, who was Arotile’s secondary school mate drove the car that killed Nigeria’s first female helicopter fighter pilot.
The prosecution counsel, DSP Martins D. Leo, prayed the court to discharge the second and third suspects, Folorunsho Igbekele Faith and Gbayegun Deji, as their investigation did not find them wanting.
The presiding judge, Justice Benjamin Hassan, discharged the second and third suspects, based on the police investigation.
The suspects were arrested and arraigned by the Kaduna State Police Command.