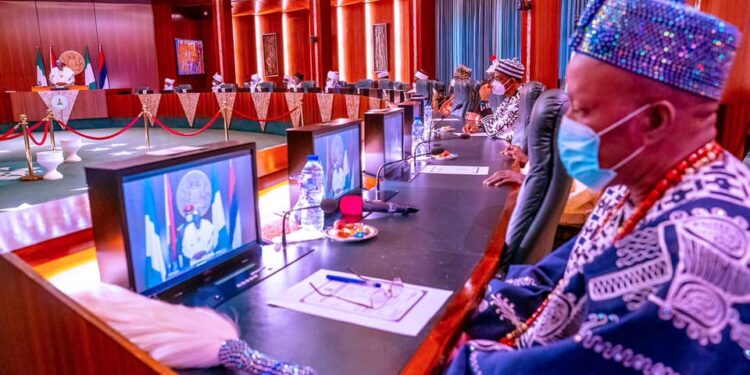 President Muhammadu Buhari, Thursday, pledged his administration’s commitment to reform the police force during a meeting with traditional rulers.

The meeting held at the Presidential Villa, between the president and a delegation of traditional rulers from across the country led by the Sultan of Sokoto, Saad Abubakar, and the Ooni of Ife, Adeyeye Ogunwusi.

The president told the monarchs that “we have heard the loud cries of our youth and children, and we are attending to their concerns,” in an apparent reference to the #EndSARS protest by Nigerian youth for police reform.

The #EndSARS protest last month held for about two weeks in major cities across Nigeria with the protesters demanding an end to police brutality, the dissolution of notorious police unit, SARS, and comprehensive police reform.

On Thursday, Mr Buhari told his guests that his administration was committed to police reform.

“The Nigerian Police Force will also undergo much needed reform that covers welfare, working conditions, and code of conduct. That will usher in a more professional workforce,” Mr Buhari was quoted as saying in a statement by his spokesperson, Femi Adesina.

Buhari also noted, however, that his administration has “designed various schemes and taken many measures to soften the impact, despite our own revenue struggles as government,” while recognizing that “more needs to be done to cater to our fellow citizens, not just those in the urban areas but also those in rural areas.”

According to Buhari, “I am also fully aware that our strong farming belts have been impacted by floods. While we have seen record levels of farm outputs and increased level of fertilizer utilization, government through the Ministry of Agriculture and Rural Development and its agencies is working on how to help bring these farmers some relief.”

Remarks were made by the Sultan of Sokoto and the Ooni of Ife, His Royal Majesty Oba Adeyeye Enitan Ogunwusi, Ojaja II, while two foremost traditional rulers representing each geo-political zone also attended the meeting.a