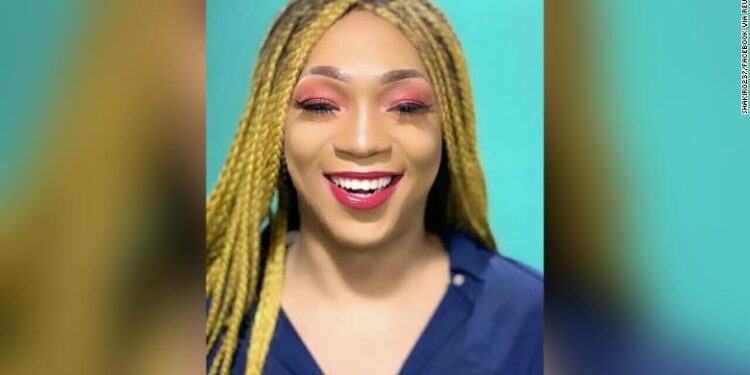 Social media star Shakiro was jailed amid what human rights group say is a growing criminalization of sexual minorities and transgender people in Cameroon.

A court in Cameroon sentenced two transgender women on Tuesday to five years in prison for “attempted homosexuality” and other offenses after they were arrested for the clothes they wore in a restaurant, their lawyers said.

A local social media celebrity known as Shakiro, who also is identified as Loic Njeukam, and Patricia, also identified as Roland Mouthe, were arrested on February 8. Human rights activists say their detention is part of the growing criminalization of sexual minorities and transgender people in Cameroon.

The two received the maximum sentence of five years in prison and fines of 200,000 CFA francs ($370), their lawyers told Reuters. Besides “attempted homosexuality,” they were convicted of public indecency and failing to carry identification.

“This is a political decision,” said one of the lawyers, Alice Nkom, who vowed to appeal the verdict. “It’s Yaounde (the central government) that said these people must not bring homosexuality to Cameroon.”

A government spokesman did not immediately respond to a request for comment.

Cameroon is one of more than 30 African countries where same-sex relations are illegal. Its courts have previously sentenced people to multiyear prison sentences for their alleged homosexuality.

Human Rights Watch said last month that Shakiro and Patricia’s arrests seemed to be part of “an overall uptick in police action” against sexual minorities.

Customs Intercepts N126m Worth of Contrabands in 6 months