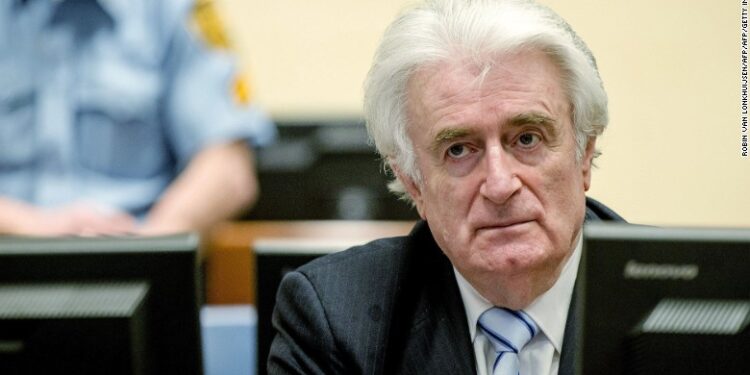 Britain has agreed to a prisoner transfer of ex-Bosnian Serb leader Radovan Karadžić, convicted of the Srebrenica genocide, to a UK prison to serve the rest of his sentence, a statement from the British Foreign Office said on Wednesday.

“Radovan Karadžić is one of the few people to have been found guilty of genocide,” said UK Foreign Secretary Dominic Raab in the statement. “He was responsible for the massacre of men, women and children at the Srebrenica genocide and helped prosecute the siege of Sarajevo with its remorseless attacks on civilians.

“We should take pride in the fact that, from UK support to secure his arrest, to the prison cell he now faces, Britain has supported the 30-year pursuit of justice for these heinous crimes,” he added.

Karadžić, whose Interpol charges listed “flamboyant behavior” as a distinguishing characteristic, was a practicing psychiatrist who came to be nicknamed the “Butcher of Bosnia.”

As the leader of the breakaway Serb Republic in Bosnia, Karadžić commanded troops who carried out widespread massacres of Bosnian Muslims and Bosnian Croats during a campaign of ethnic cleansing in the former Yugoslavia in the 1990s.

In March 2016, he was found guilty of genocide and other crimes against humanity, in what was seen as one of the most important war crimes trials since World War II.

A special UN court in The Hague, Netherlands, sentenced the then-70-year-old to 40 years in prison for his participation in four “joint criminal enterprises” — including an overarching plot from October 1991 to November 1995 “to permanently remove Bosnian Muslims and Bosnian Croats from Bosnian Serb-claimed territory.”