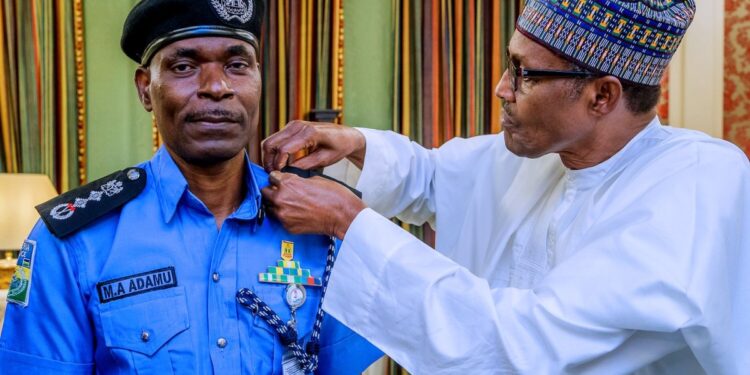 A Nigerian Canadian police officer has, Tuesday, applauded Nigerians protesting in Canada, as he urged them to protest for more autonomous power to the police in each state than from Federal Government making decisions in Abuja.

The officer, who addressed the protesters in his force uniform without a weapon, said this on Tuesday in a video currently making rounds on Twitter.

He implored, “Let’s get a balanced and competent leadership. How do we change the organisation of the police force? How do we balance it?

“How do you give more autonomous power to the police in each state instead of somebody sitting in Abuja and directing someone in Benin?”

While encouraging their peaceful protest, the officer said, “That’s what we should be fighting for. End SARS is the beginning”.

According to the officer, the larger picture is that the Inspector General of Police, Mohammed Adamu, has to go. ” The IG has to go. We have to change the leadership.

He suggested further: “We need to pay police more. We need to see how we recruit them. That’s what we should be fighting for.”

While applauding them, he urged them not to stop. “Don’t give up. I had to come instead of just texting. I said let me show up and show my support for my fellow Nigerians.”

Following his heartfelt speech, Nigerian protesters in Canada lauded him with clap ovations.

Peter Obi: I Will Fix Nigeria In Less Than Four Years