The Central Bank Governor, Godwin Emefiele, has said that the country’s Gross Domestic Product can rise to three per cent by the end of 2021.

The event was attended by the Vice President, Prof. Yemi Osinbajo, among other dignitaries.

Emefiele said, “Your excellency sir, with continued improvements in the economy, I am optimistic that by the end of the year, our economy will not only close the output gap brought about by the 2020 recession, but that we would end the year with an annual GDP growth of between 2.5 – 3 per cent, up from -1.92 per cent in 2020.”

He also disclosed that the country’s robust payment system had continued to evolve towards meeting the needs of households and businesses in Nigeria.

Reflective of the confidence in its payment system, he said, between 2015 and 2020, close to $500m worth of funds had been invested in firms run by Nigerian founders.

He said that the theme of the conference was apt, given the unprecedented events of 2020, especially when considered along the measures put in place by policy makers to reverse a significant downturn in economic activities last year.

To consolidate on the growth and resilience of Nigerian banks in the last decade, he said the central bank would be establishing The Nigerian International Financial Centre in the next 12 months.

He said the NIFC would act as an international gateway for capital and investments, driven by technology and payment system infrastructure.

“This new financial hub will curate local and international banks to make them global champions,” he said.

The President/Chairman of Council, CIBN, Dr. Bayo Olugbemi, said the conference had in attendance over 10,000 participants across the diverse sectors of the economy with global representations to discuss elaborately the appropriate ways to propel the economy forward.

He said the event aimed to deliver the much-needed solutions that would drive economic recovery, inclusion, and transformation of the economy for greater value. 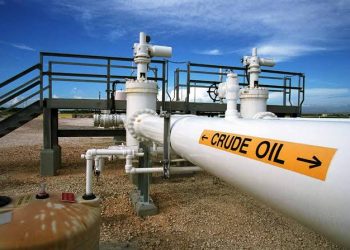 The Nigerian Ports Authority (NPA) has been working steadily to digitalise operations at all port locations in the country, towards...