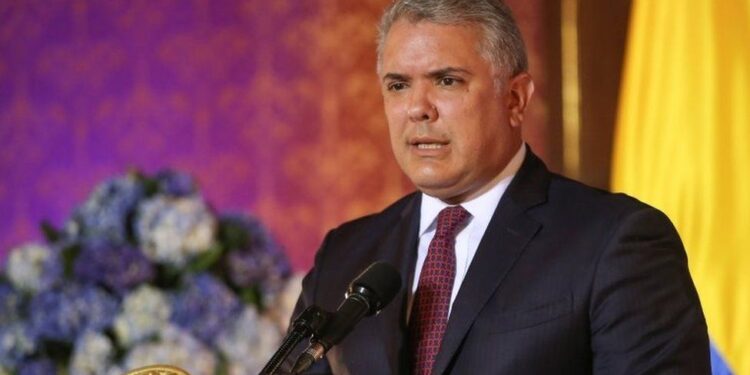 Colombia is to give protected status to almost one million undocumented Venezuelan migrants resident in the country, President Iván Duque said.

The protection will last 10 years and will allow them to “normalise” into life in Colombia, Mr Duque added.

The United Nations says more than five million people have fled Venezuela since 2015, with Colombia taking in the greatest share.

At a joint news conference on Monday, he described it as a “historic gesture” and “emblematic for the region, even for the whole world”.

Some 1.7m Venezuelans are thought to have arrived in Colombia but more than half are without legal status.

The changes mean they will be now able to apply for temporary protected status – making it easier for them to work, seek permanent residency and get access to health services.

“We hope that other countries follow our example,” Mr Duque said at the news conference.

The announcement came days after he appealed for better international support with the situation, after reversing a policy which said undocumented Venezuelans would be excluded from Colombia’s upcoming vaccination drive.

Colombia, a nation of 50 million people, has recorded over two million virus cases and almost 56,000 deaths so far.

The UN has warned that the Covid-19 pandemic has compounded the situation for Venezuelan refugees and migrants living throughout the region, including border closures leaving them vulnerable to dangerous exploitation from traffickers.

Millions have fled Venezuela in recent years because of spiralling economic and political instability that has led to shortages of essentials like food, medicine and fuel.