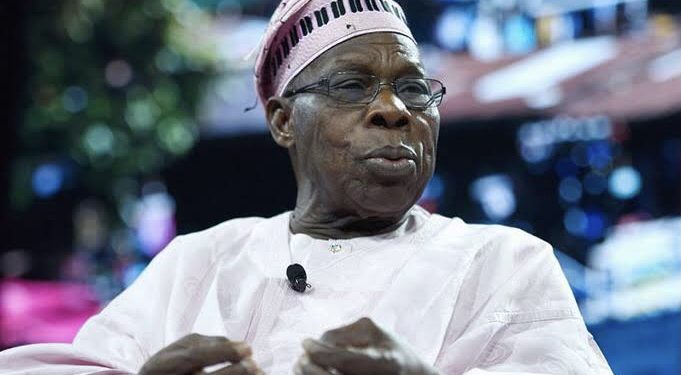 Eminent dignitaries and global leaders have
spoken on the challenges that has befallen Nigeria for decades citing leadership, lack of national unity and other issues that have affected development in tbe country.

Former President, Chief Olusegun Obasanjo,
who spoke at the Kingsweek 2022 colloquium, held at the Kings College in Lagos, lamented that Nigeria ought not to have any business with poverty, insecurity, or political division, saying challenges the nation was facing was due to bad leadership.

According to him, Nigeria is currently politically divided, economically disunited, and down the drain. Obasanjo said Nigeria as a country was poor, insecure, and had other challenges because of its choice of leaders.

He explained: “We are politically divided, economically disunited we are nowhere, we are down the drain. Diplomatically, Nigeria is not at the table. Before, we had sent troops to Sudan, Sierra Leone, but today, we can’t send troops to the Republic of Benin.

“There are three races in the world – white, yellow, and black. For now, America is leading the whites, the Chinese are leading the yellow race, and Nigeria with 225 million people is created by God to lead the black race. When we stop disappointing ourselves we can take care of the continent and the black race.

“Nigeria has no business with poverty, insecurity, or political division. It is the choice of our leaders. It is not God’s choice for us. If God hasn’t chosen that for us we can do better.”

According to him, Nigeria needs a government that understands the country and Africa, which would be fair and sincere with Nigerians, adding that with the right government, this nation could become the right leading country to develop Africa.

In her speech, the Director General of the World Trade Organisation, Dr. Ngozi Okonjo-Iweala said her dream was for a Nigeria in which 95 per cent of the people had access to potable water, quality education, and more women participation in the political and economic life of the country.

‘‘Nigeria can fight poverty, and improve people’s lives if it is properly managed. Our revenue sources are not diversified we depend only on one revenue. Nigeria lacks a sacrosanct social compact in the country, there should be a guideline that dictates certain things that should be sacrosanct.

“We should have guiding principles to decide how we manage, save, spend and take vigorous actions on our revenues. As a country, we need to have certain indicators of how our economy should be governed. If we do this, we have so much to gain.

“We have had episodes showing we can sustain strong growth, all we need is to work on all key indicators and move in the right direction.

In his remarks, former President, Nigerian Bar Association (NBA), Olisa Agbakoba said: “We have been to a lot of conferences and it is time for us to face the real question. We will never come out of this if we don’t sit and ask ourselves if we are really one until the infractions are tackled.

“Do we wish to be one because this marriage was imposed on us? What marriage do we really want? Why have we excluded all the nationals at the national conferences we have had?’’

Another guest speaker, former Chairman of the Independent National Electoral Commission, Prof. Attahiru Jega, enjoined Nigerians to get involved in the political and electoral processes, saying lack of appropriate and quality leadership, selection process, and criteria while choosing leaders were a major challenge in the country.

“Since 1999 till date, there has been a remarkable decline in the quality of leaders. Lack of appropriate selection and criteria in Nigeria’s leadership and electoral process. The country’s challenges cannot be addressed by bad leaders who have come into power through the faulty recruitment process.’’

Former president of KCOBA, Dr. Sony Kuku, added, “If we have the right people who love Nigeria if we can get people into governance without godfatherism, ‘Ghana must go’ the better for us. The older you are the more you want Nigeria to be together.’’

The anniversary titled, ‘Building the Nigeria of our dreams,’ was organised by the Kings College Old Boys’ Association.

The Etinan-Ndon-Eyo road constructed by a Chinese firm, Wizchino Engineering connects several communities in Etinan and Onna local government areas with the East-West road granting access to the industrial belt of the state.

Inaugurating the road project, Obasanjo lauded the infrastructural development strides of the State Governor, Mr. Udom Emmanuel and encouraged him to continue with his good works.

He said infrastructural development must be backed with employment for the people so as to take adequate care of the infrastructure.

He indicated that infrastructure should enable the people carry out their businesses effectively.

“I don’t know why anything good and very good in Akwa Ibom State, you call me to take part in it. Why? The longest flyover in Uyo, you asked me to come and commission it and I was very pleased to be the one who commissioned that flyover.

“Again, with the amazing grace of God, you have this, the longest, first class, dualised road in the state. You again asked me to come and commission it. Governor, I thank you.

“When you say you do it, you do it. I have seen that in you at close quarters. Keep on doing what you are doing.

The governor earlier spoke of his achievements so far, saying he felt fulfilled that despite the economic situation in the country, Akwa Ibom State was still making progress.

He noted that he was mocked and criticised on the social media about his ability to complete the road, stressing that he would continue to inaugurate more projects until the last day of his administration in May 29, 2023.

On his part, the Commissioner for Works, Prof. Eno Ibanga explained that the road has 13 outfall drains totalling 6.3kilometres and 1.3 kilometers underground drain that takes water into Ekpene Ukpa bridge.

The inauguration of the dual carriage, 6 lanes road with walkways, street lights cable bridges, and three roundabouts, was part of activities to celebrate the 35th anniversary of the state’s creation.