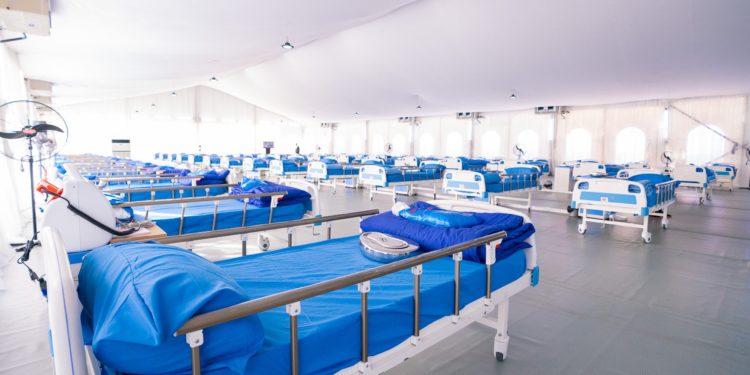 The Lagos State Commissioner for Health, Professor Akin Abayomi, disclosed that the bed occupancy level in the state’s public and private COVID-19 care centres has stretched to 51 per cent.

Abayomi made this known through his verified Twitter account @ProfAkinAbayomi, on Friday while giving the state’s COVID-19 update for Jan. 6.

The commissioner added that level of oxygen usage for COVID-19 patients had increased at the IDH, Yaba.

Abayomi said the initial projection for oxygen usage in IDH was 70 cylinders per day, but over 71 per cent increase had just been recorded there.

“Given the increases in cases, oxygen usage is expected to increase,” he said.

The commissioner said that the newly confirmed cases had increased the state’s total COVID-19 infections to 34,169.

He said that the total number of COVID-19 tests conducted in the state since inception of the pandemic stood at 234,508.

According to Abayomi, 3,032 COVID-19 patients who had been successfully treated and recovered were discharged from the state’s care centres.

“Cases currently under isolation – 170, active cases under home-based care are 6,203,” he announced.

Giving an update on disease severity, he said that 48 per cent of the patients had mild symptoms, 35 per cent had moderate symptoms, while 16 per cent were severe and one per cent had critical symptoms.

Abayomi said, 54 per cent of the patients exhibited symptoms on admission, 46 per cent had no symptoms, while 30 per cent of infected patients had co-morbidities.

Abayomi noted that studies had shown that COVID-19 spreads through droplets released when talking, coughing, sneezing or singing.

“Wearing masks reduces the spray of these droplets. #TakeResponsibility to #MaskUp in public.

“No one is sure who is infected!” he said.