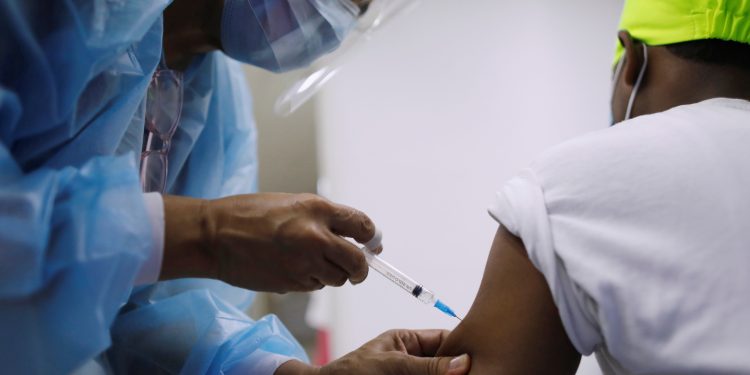 Lagos State Governor Babajide Sanwo-Olu has launched a statewide mass vaccination campaign against COVID-19 pandemic in the state to mitigate the potential damage that the further spread of the virus may cause.

The campaign, which targets four million residents of the state for full vaccination before the end of the year, was spurred by the need for Lagos State government to achieve herd immunity against the global pandemic and in furtherance of the quest to eliminate opportunities for COVID-19 to spread in Lagos communities.

Sanwo-Olu, who spoke during the flag-off ceremony of the campaign, said that the mass vaccination campaign, which commenced on Wednesday, October 27, 2021, would run till Saturday, December 25, 2021.

He stated that the mass vaccination campaign was in tandem with his promise and mandate to vaccinate 30 per cent of the Lagos population within the next one year.

The governor disclosed that Lagos State and the National Primary Health Care Development Agency (NPHCDA) would be partnering with private sector for mass vaccination campaign against COVID-19, stressing that the decision stemmed from the huge successes recorded by state government in various strategies that have been deployed in the management of the pandemic.

He said that while the administration of the COVID-19 vaccines remains free in public health facilities, an administrative cost would apply to residents that choose to receive the vaccine at approved private facilities of their choice.

The governor also disclosed that plans had been made to set up mass vaccination sites in high traffic locations across the state and have mobile vans that move around settlements to reach individuals in hard-to-reach areas with limited access to health facilities.