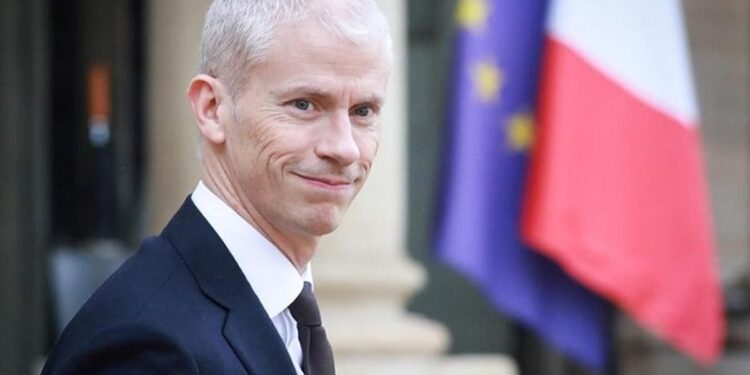 The French Minister in charge of Foreign Trade and Attractiveness, Frank Riester, disclosed this at a meeting he held with Nigeria Governors’ Forum (NGF), in Abuja, as part of his two-day official visit to Nigeria.

“We are optimistic of the future, when the crisis will be ending, because we have many companies that have settled here. We want a win-win partnership between our two countries.

“We have 100 companies that are settled in Nigeria, representing 10,000 people working in these companies and we want to increase our investments in Nigeria”, he said.

Riester added that the French Government wanted to help in the development of different states, by investing in both the private and public sectors, so as to deepen the relationship between the two countries.

He said that as the largest economy in Africa and the economic engine room of West Africa, Nigeria is indeed a major partner for France.

The minister said that the French government was also putting in place measures that would allow more Nigerian companies to operate and invest in France.

“Tomorrow, I will meet some Nigeria companies that have already invested in France, as others are willing to invest in the country.

“These companies will be invited to a specific meeting in Paris in June, where President Emmanuel Macron will welcome many companies all over the world, and some of the companies will be from Nigeria, because we want more Nigerian investments in France.”

The Chairman of the NGF, Governor Kayode Fayemi of Ekiti State, commended the French government for its interest in Nigeria, especially in the states of the Federation.

Mr. Fayemi, represented by Governor Simon Lalong of Plateau, described the meeting, aimed at strengthening the bilateral relationship between Nigeria and France, as fruitful.

He said that the meeting sought ways of boosting France’s collaboration and investment in Nigeria, in particular with the state governments.

Mr. Lalong, who said that the governors were already consulting with JUSUN, added that the NGF would be meeting on Wednesday, to finalize the issue, as they did not need any Order 10, to implement financial autonomy for the judiciary, since they played key role in the passage of the financial autonomy legislation.

He, however, said that certain criteria had to be put in place, for financial autonomy for the judiciary to commence at the state level.

Mr. Lalong said that financial autonomy was not about finances, but to strengthen the institution.

“You don’t wake up one day and say you are doing financial autonomy, because a law is passed, there must be processes.

“For instance, as a former Speaker, I will tell you that you cannot do financial autonomy until you establish a service commission. You must establish a state Allocation Committee. All these are steps towards autonomy.

“You don’t achieve autonomy in a day. We did it in the National Assembly, and there was no Order 10 for implementation. It took them stages. The federal government is aware.

“Members of the National Assembly, who are governors today, were members who fought for the autonomy, so how can we be against the autonomy,” Mr. Lalong asked.