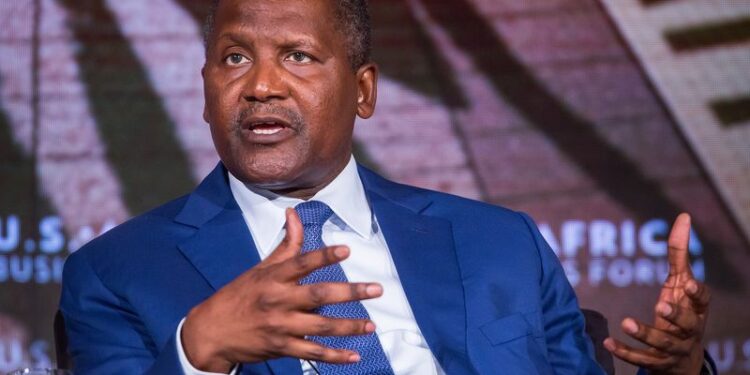 Manufacturing Blue chip conglomerate, Dangote Group, has revealed that it has suspended exports from its commissioned export terminals.

The Group made this move in an effort to cut the country’s cement supply gap and keep cement prices low in Nigeria.

The group’s Executive Director, Strategy, Portfolio Development and Capital Projects, Devakumar Edwin made this revelation while speaking at a press briefing in Lagos this week.

The Director explained that the surge in the demand for cement products has led to a supply gap of about 40% in the country’s cement market, and like every other player the Dangote Group is working actively to close out this gap.

The demand and consumption of cement in the nation currently outstrips supply, and this can be pegged on the growth in the country’s population, and the strong appetite for real estate investment and construction as investors consider them a good hedge against falling local currency.

In a bid to close down this gap, players in the industry have commenced measures aimed at expanding cement production infrastructure in the country.

While BUA Cement on the other hand signed a contract with Sinoma CBMI of China to build three additional production plants with an installed capacity of 3 million metric tonnes each.

These plants when completed in 2022, in addition to a 3rd cement line of 3 million mtpa in Sokoto which has been booked for commissioning in mid-2021, are expected to increase the total installed cement production capacity of the company from 8 million mtpa to 20 million mtpa.