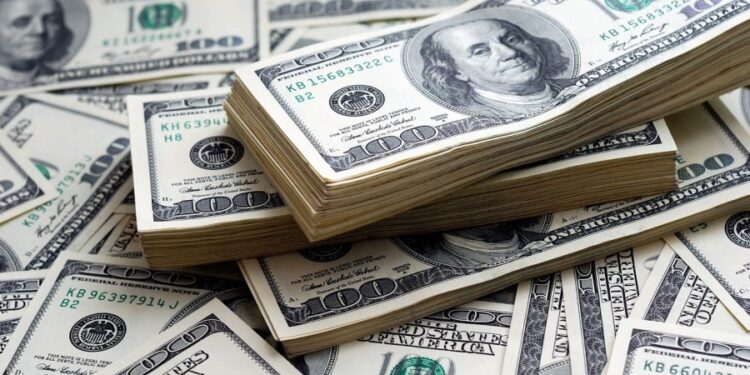 Following a prolonged dollar scarcity, banks and businesses in Lagos have been the worse hit among the financial entities in the country, analysts have said.
In recent times, commercial banks in the bustling commercial city and other areas in the country have cut access to dollars for individuals and businesses, as the foreign exchange scarcity poses long-term risks to markets.
These banks have also stopped honouring card payments making it difficult for many foreign investors to get their money out. Manufacturers are also unable to import vital raw materials as output hurtles toward a second contraction in four years.
Relying on oil exports for half of its revenue, the Federal Government’s coffers have emptied after crude prices plunged in the wake of the coronavirus pandemic.
There is also little prospect of a respite any time soon as Nigeria needs oil prices of $70 per barrel and daily production of two million barrels to balance its budget, but prices hover around $40 and OPEC curbs have restricted the nation’s output to about 1.4 million barrels a day.

Recall that the lack of foreign income has forced the Central Bank of Nigeria (CBN) to halt weekly interbank foreign-currency sales since March.
Also, two weeks ago, the apex bank adjusted the official exchange rate from N360 to N379 to the dollar. The naira yesterday exchanged at N475/$ at the parallel market, creating N96 gap between the official and parallel market rates.

According to the Executive Secretary of the Nigerian Association of Small and Medium Enterprises, Mr Eke Ubiji “A lot of the members can’t access the amount of dollars they need from the banks and that is constraining business.”
Also, GTBank, has cut the amount of foreign currency customers can spend on payment cards abroad to $100 a month from $3,000.
According to Emeka Mgbeahuru, CEO, Tropitec Ltd., an importer of agricultural equipment from Italy and China with distribution links across West and Central Africa the status quo on what companies can do with their earned dollars have also been changed.
In emailed notes to customers, First City Monument Bank served a notice on some adjustments.
The bank said: “Please, be informed that the monthly spending limit on your FCMB Naira Mastercard/Visa card has been reviewed further from $300 to $100.
“This means you can only spend $100 or its equivalent monthly for international transactions, available only for POS and Online transactions (ATM cash withdrawal abroad has been suspended).

“If you require higher international spending limit, we encourage you to apply for a foreign currency card (Domiciliary Account required).”
The International Monetary Fund (IMF) predicts Nigeria’s economy will contract by 5.4 per cent this year, the most in four decades. The latest official job figures put the second-quarter unemployment rate at 27.1 per cent, the highest in a decade.
“When you source your own dollars, they won’t let you pay in cash into your account and won’t let you transfer to your suppliers,” Mgbeahuru said.
Many banks are following a template they used when they went through a similar contraction in 2016, which was to cut customers’ foreign payments and wait for crude prices to recover before raising the limits.
In his view, Spokeswoman, Stanbic IBTC Banks, Ms. Bridget Oyefeso-Odusami, “The challenge with dollar liquidity is an industry-wide problem,” which cut its customers’ card spending to $500 monthly.
The shortage of foreign currency is forcing some companies to consider closing down, said Ubiji.
“If that happens, it has a ripple effect, which is loss of jobs. We wish the situation changes for the better”, he said.

Nigeria is speedily recovering from the months of under-production with oil production at 1.59 million barrels per day as of...