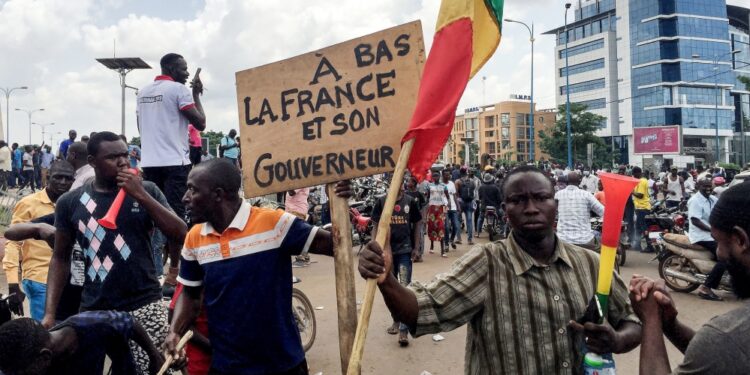 Mali’s president and prime minister have been arrested by mutinying soldiers, according to several reports.

The development on Tuesday came hours after soldiers took up arms and staged an apparent mutiny at a key base in Kati, a town close to the capital, Bamako.

It followed a weeks-long political crisis that has seen opposition protesters taking to the streets to demand the departure of President Ibrahim Boubacar Keita, accusing him of allowing the country’s economy to collapse and mishandling a worsening security situation.

Earlier, protesters gathered at a square in Bamako while regional and international powers urged the soldiers to return to the barracks and foreign embassies advised their citizens to stay indoors.

Here are the latest updates:

The chairperson of the African Union Commission has condemned the arrests of President Keita, Prime Minister Cisse and other officials.

Chairperson Moussa Faki Mahamat also condemned any attempt at “anti-constitutional” change and called on the mutinying soldier’s to respect the state’s institutions.

“I energetically condemn the arrest of President Ibrahim Boubacar Keita, the prime minister and other members of the Malian government and call for their immediate liberation,” he wrote on Twitter.

He also said, according to the media outlet, that Moscow is concerned about the events in Mali.

Developments are moving fast in Mali. Here are a few stories to get you up to speed with what has been happening in the country in recent weeks.

The AFP news agency, citing a source identified as a leader of the mutiny, said the soldiers have detained Keita and Prime Minister Boubou Cisse.

“We can tell you that the president and the prime minister are under our control,” the leader, who requested anonymity, told AFP.

He added that the pair had been “arrested” at Keita’s residence in Bamako.

Another military official, who also declined to be named, said the president and prime minister were in an armoured vehicle en route to Kati.

Reuters news agency has reported, citing two security sources, that Keita has been arrested by mutinying soldiers in Bamako.

The arrest came after soldiers mutinied at the Kati army base and rounded up a number of senior civilian and military officials, according to Reuters.

French President Emmanuel Macron discussed the soldiers’ mutiny in Mali on Tuesday with his Malian counterpart and other West African leaders, expressing his support for mediation efforts by the ECOWAS regional bloc, the presidency in Paris said.

Macron discussed the unfolding situation with Keita and the leaders of Niger, Ivory Coast and Senegal, and “condemned the attempted mutiny under way,” the Elysee Palace said in a statement.

The French presidency did not say precisely when Macron’s talks with the African leaders took place.

In Bamako, hundreds of people have poured into the square around the Independence Monument, the site of mass protests since June, calling for Keita to quit over alleged corruption and worsening security.

“Whether he’s been arrested or not, what is certain is that his end is near. God is granting our prayers. IBK is finished,” Haidara Assetou Cisse, a teacher, told Reuters news agency, referring to the president by his initials.

“We have come out today to call for the total resignation of Ibrahim Boubacar Keita. Because we heard there were shots fired by the military and we have come out to help our soldiers get rid of IBK,” opposition supporter Aboubacar Ibrahim Maiga said.

Protesters have also attacked the justice minister’s personal offices, setting parts of them on fire, a Reuters witness said.

Cisse, the Malian prime minister, called on the mutinying soldiers to stand down and urged dialogue to resolve the situation.

In a statement, he said the mutiny “reflects a certain frustration that could have legitimate causes. The government of Mali asks all the authors of these acts to stand down.”

France denounced “in the strongest terms” what it described as a mutiny launched by soldiers in Mali.

“France has become aware of the mutiny that has taken place today in Kati, Mali. It condemns in the strongest terms this serious event,” Foreign Minister Jean Yves Le Drian said in a statement that also urged the soldiers to return to their barracks “without delay”.

The West African bloc ECOWAS called on the soldiers “to return to their barracks without delay”.

“This mutiny comes at a time when, for several months now, ECOWAS has been taking initiatives and conducting mediation efforts with all the Malian parties,” the bloc said in a statement.

Gunfire was heard at an army base near Bamako, with the Norwegian embassy talking of a possible military mutiny. Soldiers fired their guns into the air in the base in Kati, some 15km (9 miles) from Bamako.

Witnesses said armoured tanks and military vehicles could be seen on the streets of Kati, The Associated Press news agency reported.