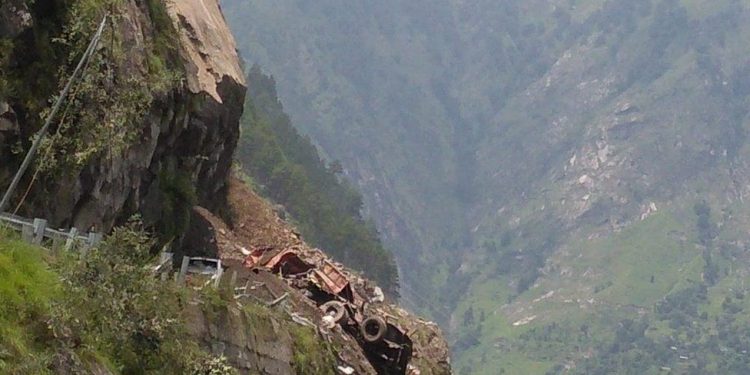 At least 40 people are feared trapped under debris in a huge landslide in the northern Indian state of Himachal Pradesh.

Falling boulders have buried a truck, a passenger bus and other vehicles, according to local reports.

There have been several deadly landslides in India in recent months during an unusually heavy monsoon.

It’s still unclear what caused Wednesday’s landslide – it happened on a highway in Kinnaur district.

Indo-Tibetan Border Police teams have been dispatched to help with rescue efforts and the National Disaster Response Force (NDRF) has also been put on alert.

Nine people were killed last month in Himachal Pradesh when falling rocks hit their vehicle. At least 136 people died in landslides in the western state of Maharashtra recently after heavy rains flooded hundreds of villages and swept away homes.