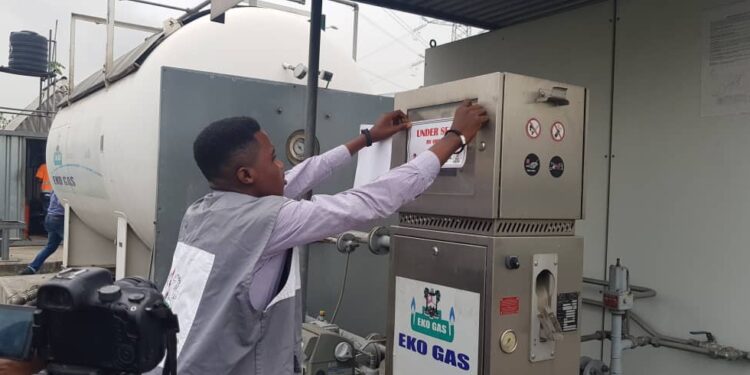 The Department of Petroleum Resources (DPR) has sealed 86 Liquefied Petroleum Gas (LPG) plants in Lagos State in 2020 for operating illegally.

This is coming at a time when there have been reported cases of explosions at gas stations in the state with several fatalities and destruction of properties.

This disclosure is contained in a statement issued by the head of Public Affairs of DPR, Mr. Paul Osu, on Wednesday, March 10, 2021, in Lagos.

Osu in his statement said LPG (cooking gas) plants were shut down for non-compliance with international safety standards.

The DPR official said that the plants were also operating without prerequisite approval or licence from the regulatory agency.

While pointing out that some of the sealed plants were operating under high tension electrical installations and other unapproved locations, Osu noted that the move was aimed at reducing the occurrence of gas explosion and fire incidents in Lagos State.

Osu said the DPR would continue to clamp down on such illegal plants while at the same time sensitising the public on the need for safe usage and distribution of gas.

Following the incessant gas explosions, the DPR and even the Lagos State Government have been on a clampdown of gas stations that have been operating illegally or without approval.

The Lagos State Government as part of the measure announced a ban on the location of gas plants in residential areas.

In December 2020, the DPR announced the rollout of guidelines for the establishment and operations of downstream gas facilities across the country.