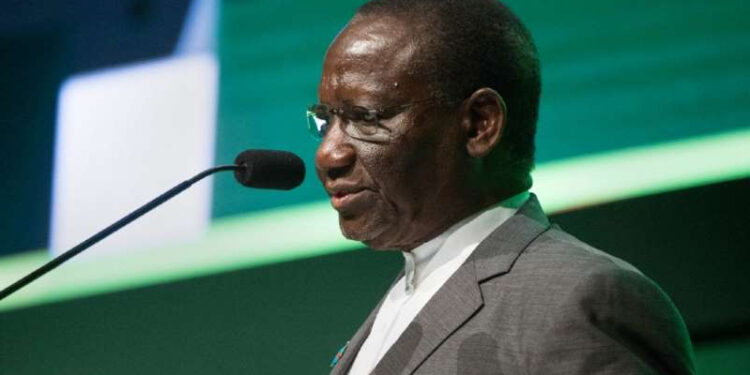 Legislators in the Democratic Republic of the Congo (DRC) have voted to remove Prime Minister Sylvestre Ilunga Ilunkamba, collapsing the government and handing President Felix Tshisekedi a chance to appoint loyalists to key ministries.

Wednesday’s vote marks the latest episode in a power struggle that has roiled sub-Saharan Africa’s biggest nation for months, pitching Tshisekedi against loyalists to former president Joseph Kabila, who ruled the DRC for 18 years.

Last month Tshisekedi moved to end a coalition formed with Kabila that has constrained his authority since he took office in January 2019.

This culminated in Wednesday’s no-confidence vote against the prime minister, one of the last vestiges of Kabila’s hold on government. It passed with 367 of 377 votes.

Under the DRC’s constitution, parliamentary censure requires the prime minister to step down within 24 hours.

“One of my missions is to control the executive which, if it does not meet the concerns of the people, must be removed,” member of parliament and author of the no-confidence motion, Cherubin Okende, told Reuters news agency.

Kabila’s allies, including Ilunga, boycotted the vote, saying the interim speaker of parliament did not have the constitutional authority to oversee a motion of no confidence.

Tshisekedi’s new political alliance, known as the Sacred Union, is yet to be officially formed, but is likely to be comprised of more than 20 parties, giving him an overwhelming majority to pass legislation.

However, political analysts say Tshisekedi may also find it difficult to juggle the diverging interests of his coalition.

Tshisekedi won a controversial presidential election in December 2018 on a platform vowing to fight corruption, reduce inequalities and improve government.

But he says his campaign of reform has been thwarted by Kabila’s lieutenants, who account for two-thirds of the vast 65-member coalition government.

Still only 49 years old despite his 18 years in office, Kabila retains clout through allies in politics, the military and business.

He took the helm of the DRC in 2001, succeeding his father, Laurent-Desire Kabila, who was assassinated by a bodyguard.

The younger Kabila’s rule was fiercely criticised for corruption and poor governance.

But it ended peacefully when he stepped down, in the DRC’s first-ever bloodless transition since gaining independence from Belgium in 1960.