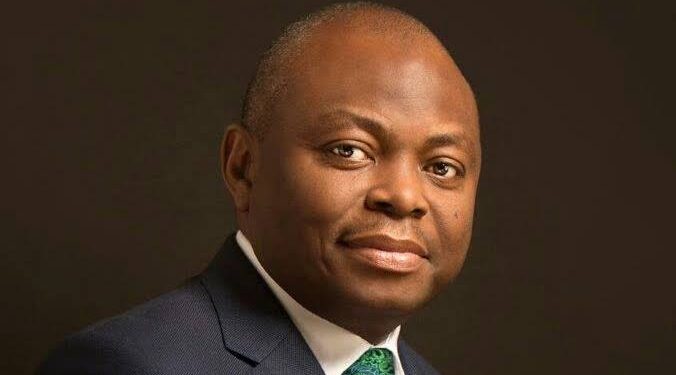 It was learnt that Okonkwo’s questioning is not unconnected with his alleged role in the transfer of $153m linked with Nigeria’s former petroleum minister, Diezani Alison-Madueke from the Nigerian National Petroleum Corporation.

Though there were reports that he was also detained by the anti-corruption agency, details are still sketchy as of the time of filing this report.

The EFCC had claimed that Diezani siphoned $153m out of the Nigerian National Petroleum Corporation and stashed it in three banks in the country.

The anti-graft agency had in January 2017 claimed that the former Managing Director of Fidelity Bank Plc, Okonkwo, allegedly helped Diezani to take delivery of the money, and kept $40m with the former Executive Director, Public Sector Accountant, First Bank Plc, Mr. Dauda Lawal, in order to conceal the source.

On January 6, the EFCC had approached Justice Muslim Hassan and obtained an interim order, directing that the funds be temporarily forfeited to the Federal Government.

The banker’s grilling is coming barely three weeks after the announcement by FBN Holdings Plc that Okonkwo will replace Mr U.K. Eke as the group managing director of the company, following the successful completion of Eke’s two-term tenure.

The FBN Holdings Plc’s board said in a statement that Eke tendered his notice of retirement was on August 10, 2021.

According to the statement, Okonkwo will assume office as the GMD of FBN Holdings Plc effective January 1, 2022 as Eke’s retirement will take effect on December 31, 2021.

It had said Okonkwo would bring to bear on the board of FBN Holdings more than 30 years of banking career spanning local and international experience.

His appointment is subject to the approval of regulatory authorities, according to the statement.

The statement said Okonkwo has a wealth of experience in transformational leadership, business strategy development and visioning, innovative corporate governance, and risk management.

It said he had led the transformation of banks, with the most recent being Fidelity Bank, where he led the management team in seven years to achieve remarkable results culminating in tripling profit and shareholder value.