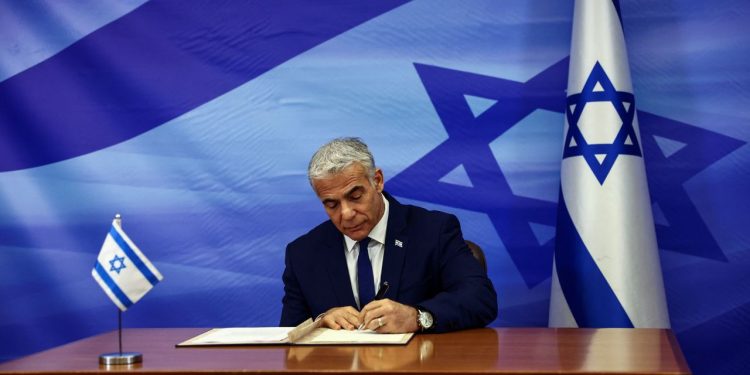 Israel and Lebanon finalized an agreement defining their maritime borders in the Mediterranean on Thursday, President Joe Biden announced on Twitter, inking a United States-brokered deal at the United Nations mission on the land border between the countries.

The neighboring countries – still formally at war – had been at odds for years over an area of the sea off the coast of Israel and Lebanon. The area in question touches the Karish oil and gas field and a region known as the Qanaa prospect. The deal gives oil and gas rights in the Karish field to Israel, while Lebanon gets access to the Qanaa prospect – with Israel earning 17% of the profits.

Each side announced separately on October 11 that they had agreed to the border demarcation, and the British energy giant Energean announced on Wednesday that it had begun extracting gas from the Karish field.

Israel’s Cabinet met in a special session earlier on Thursday to approve the deal, which Prime Minister Yair Lapid hailed as a victory for Israel “In security, economically, diplomatically, and in energy,” adding “It is not every day that an enemy country recognizes the State of Israel, in a written agreement.”

Lebanon’s President Michel Aoun issued a much more measured statement on Twitter before the signing ceremony, denying the deal amounted to recognition of Israel.

“Completion of the southern maritime border delineation file is a technical process without political dimensions and does not have contradictory effects on Lebanon’s foreign policy in relation to other countries,” he tweeted.

Tensions spiked over the disputed region in the summer, when an Energean vessel arrived in the Karish field to develop the gas field, although the rig was positioned south of any claimed Lebanese lines.

Hezbollah, the powerful Lebanese Shia militia backed by Iran, sent drones towards the rig in July as a “message” to Israel, and threatened to strike the rig if it began pumping gas before an agreement was reached.

But a combination of factors pushed Israel and Lebanon to finalize the deal, including global demand for natural gas following Russia’s invasion of Ukraine; the prospect of a deal guaranteeing quiet on Israel’s northern border; upcoming elections in Israel; and economically battered Lebanon’s need for income.

JUST IN: APC Sues Tambuwal, Ortom, Obaseki, Others for Defection from Party