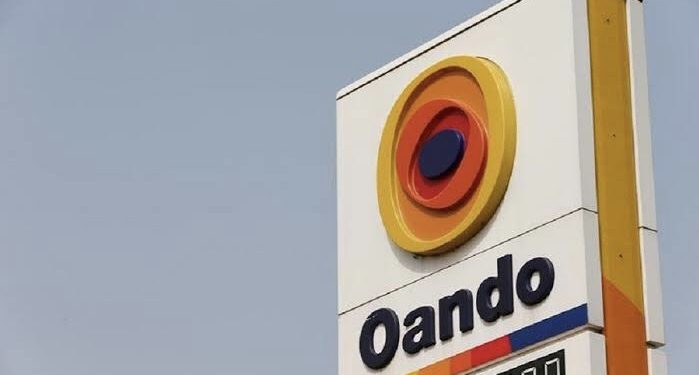 In a fresh update on its planned electric mass transit buses’ rollout in Lagos in partnership with the state government, Oando Clean Energy Limited, a renewable energy subsidiary of the Oando Group, has said Lagosians would ride on an electric-powered Bus Rapid Transit (BRT) buses by 2023.

The Executive Vice President, Oando Clean Energy, Mr Ademola Ogunbanjo, disclosed this during a webcast session hosted by EY Nigeria, on, “Climate Change and Its Implications on the Nigerian Energy Sector,” adding that the proof of concept of the electric buses’ deployment in Lagos would begin in January next year. However, the federal government has called for collaboration of private sector players in the implementation of the Climate Change Act 2021, just as some energy experts in the country have appealed to the government to create an enabling business environment to attract investments into the sector at this time of dwindling support and funding for fossil fuels projects.

They all spoke at the session anchored by the Director, Climate Change and Sustainability Leader, EY West Africa, Eunice Sampson.

Ogunbanjo, who gave the update on the Oando’s electric vehicles deployment in Lagos, stated that the future of energy was green hence the company decided to embark on that project in the nation’s commercial nerve centre.

Oando had on April 28, 2022 signed a Memorandum of Understanding (MoU) with the Lagos Metropolitan Area Transport Authority (LAMATA) for the introduction of electric mass transit buses in Lagos, Nigeria’s commercial nerve centre.

“We, in Oando Clean Energy Limited, we are deploying that in partnership with the Lagos State Government. By this time next year, if you are in Lagos, you will be able to jump on a BRT bus that’s 100 per cent electric.

“We will run the proof of concept by January 2023 and then we roll out fully before the year is over, and hopefully, overtime, as the cost of electric buses go down, we particularly want to begin to assemble or manufacture locally in Nigeria.

“And good enough, if you look at the Net-zero Plan of the federal government, we are looking to start doing that by 2025. What this means is that our transport fares will go down because we are taking alternative route,” he stated.

Comparing combustion engine buses to the electric version, he explained, “For example, for a diesel engine bus of 10.5 metres to go 1kilometer, you need 1.56 litres of diesel. At today’s prices, that’s about N1200.  For an electric bus of the same size, it will take you 1.36 kilowatt/hour. At today’s rate, that’s less than N500.

“And this is in the hope that overtime, as we deploy electric vehicles, the costs will go (further than).”

Noting that storage was still a big component of providing renewable energy, particularly from variables like wind and solar, Ogunbanjo argued that as technology is deployed and it improves and there is proliferation of the solutions, prices would drop and it becomes more affordable for the general populace to engage.

“So there is need for us to very quickly rapidly work together with the government to invest in the sector so that we can cushion some of the effects of the elements you mentioned,” he added.

Ogunbanjo, stated that the opportunities in clean energy were huge and clear.

He stated that even if fossil fuel was still being used to power energy consumption globally, there was room to accommodate renewable energy sources.

With Africa’s 600 million people out of its 1.3 billion having no energy access with Nigeria ranking the worst statistics, the Oando Clean Energy executive vice president said there was room for green energy to grow in the continent.

Contributing, Nwachukwu advocated that government should create an enabling business environment to encourage investors to invest in new energy projects, explaining that incentivising current and prospective investors would encourage them to adopt sustainable operational practices.

She said, “We should create an environment to stimulating investment. Because what we’re talking about is decarbonisation, it’s going to net zero, it costs a lot of money, it’s capital intense.

“How are we treating the investments people are making right now on projects? That’s an opportunity to see how people who want to invest in the new energy projects will be excited to come.

“It’s an indication. If we do not pioneer creating a sustainable investment opportunity, people will be shying away from coming to invest in the country.”

In his intervention, Dahiru stressed the need for private sector players to collaborate with goverment in order to successfully implement the provisions of the Climate Change Act, which was passed into law in November 2021 as part of the country’s action towards net-zero target.

Part of the provisions of the Act was that any company that has up to 50 people and above in its employ must be reporting from time to time its carbon reduction measures and progress to the secretariat of the National Council on Climate Change.

“I think there is a need to really come together to assess and be able to report. In fact, what is happening in the climate change discussion in Nigeria, from what we’ve seen in the last couple of weeks is that we are under-reporting our achievements, we are also under-reporting our performance.

“So for us, we have designed the secretariat of the council to take cognisance of the various operational capabilities as well as the specific mandates that we have,” the DG of the National Climate Change Council stated.

According to him, for the council to be able to regulate, enforce and monitor companies’ compliance well, it “must have the right tools, the right staff and the right mentality and also, the right information, reaching out to the stakeholders. We are fully aware of what is required. So we have divided the council in such a way that it reflects on these specific mandates.”

On her part, Sampson said the biggest challenge currently faced by humanity was climate change and global warming, warning that if urgent actions were not taken, the situation could significantly disrupt human and business activities going forward.

She said the challenge could only be tackled effectively if all stakeholders begin to act together now, adding that it was a known fact that Nigeria was highly vulnerable to climate change.

According to the EY director, “extreme weather conditions such as flooding, erosions, desertification, rise in sea level and drought are some of the common climate change fallouts already impacting our country.”