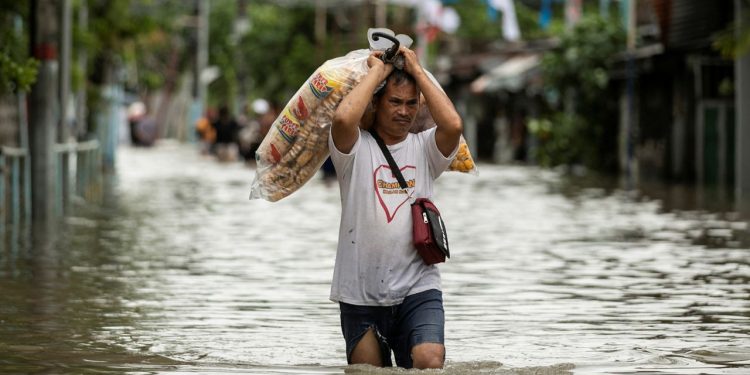 Philippine President Ferdinand Marcos Jr. is set on Monday to fly over flood-submerged districts to inspect the damage after Tropical Storm Nalgae barreled across the Southeast Asian country over the weekend, killing at least 98 people.

More than half the deaths were recorded in the southern autonomous region of Bangsamoro, often due to rain-induced landslides, the nation’s disaster agency said.

The Bangsamoro region accounted for 53 deaths, with 22 people still missing, it said a bulletin.

Damage to infrastructure due to heavy rains and strong winds was valued at nearly 758 million pesos (about $13 million), while losses in agriculture were estimated at more than 435 million pesos.

Marcos is scheduled on Monday to conduct aerial inspections of submerged villages in Cavite province, near the capital Manila. The leader has expressed shock over the number of deaths, particularly in Maguindanao province in Bangsamoro.

Nalgae, which made landfall five times, was expected to leave the Philippines later on Monday and head toward southern China.

The Philippines sees an average 20 typhoons a year, with frequent landslides and floods blamed in part on the growing intensity of tropical cyclones.