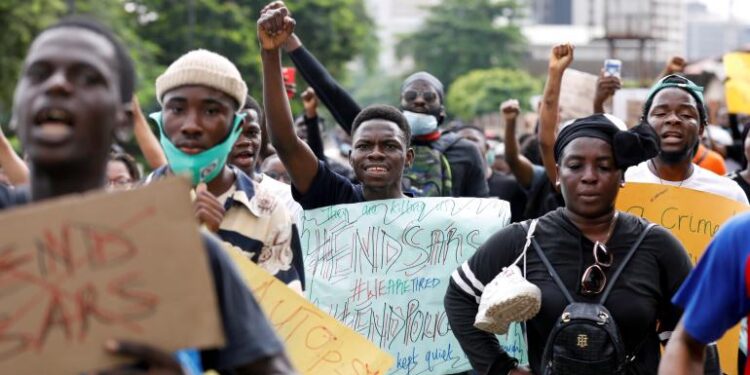 Lagosians are currently setting Twitter on fire after a video went viral where two female protesters were arrested and pulled by their hair by the police and yet another male arrested in Surulere area of the state.

The arrested protesters are: Ademola Ojabodu, and a female student of Bowen University, Treasure Nduka.

As seen in the video, the police officers punched and battered the ladies, little wonder what they would have done to a male protester.

Already, some lawyers are at the police station to bail Ojabodu out but the Nigerian police denied that he is in their custody.