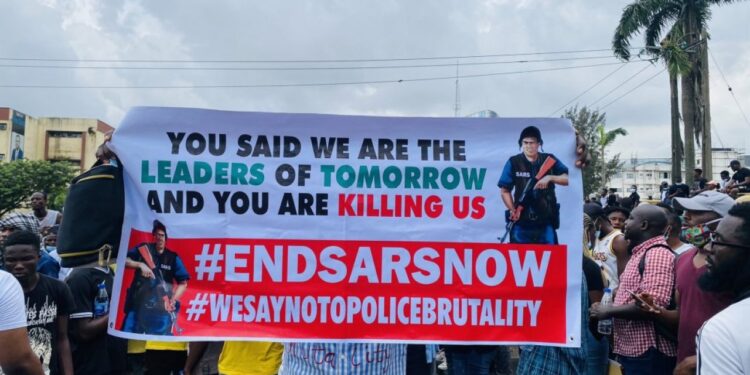 While the end SARS protesters peacefully demonstrated in Surulere area of the State on Monday, irate police officers shot at them sporadically and mistakenly killed a fellow officer.

As seen in a video that has since gone viral, the officers opened fire right at the protesters who scampered to safety.

Sadly, a bullet hit one of the officers dressed in his uniform. He collapsed right on the ground lifeless.