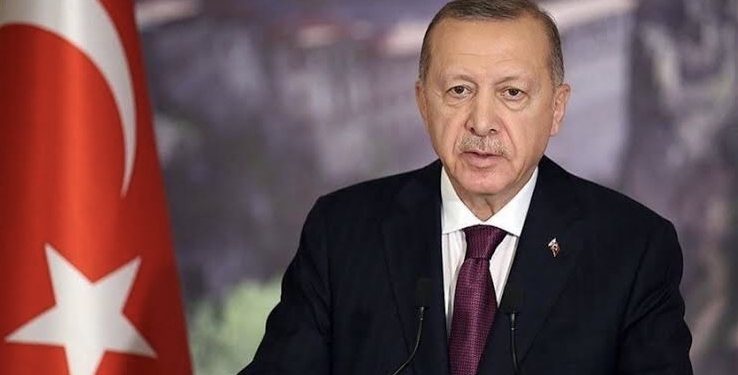 Turkish President Recep Tayyip Erdogan on Tuesday blamed Europe’s energy crisis on sanctions it imposed on Russia over the invasion of Ukraine — a line taken by the Kremlin itself.

Erdogan has maintained good working relations with Russian President Vladimir Putin while trying to stay neutral in the conflict and supplying Ukraine with Turkish weapons and combat drones.

He told reporters before departing for a three-nation swing through the Balkans that European nations were “harvesting what they sowed” by imposing economic restrictions on Russia.

“Europe’s attitude towards Mr Putin, its sanctions, brought Mr Putin — willingly or not — to the point of saying: ‘If you do this, I will do that,’” Erdogan said.

“He is using all his means and weapons. Natural gas, unfortunately, is one of them.”

Erdogan’s comments echo those expressed by the Kremlin this week.

Kremlin spokesman Dmitry Peskov on Monday blamed Russia’s halt of gas deliveries to Germany via the Nord Stream pipeline on “sanctions that were imposed against our country”.

Russia accounted for nearly half of Turkey’s own natural gas purchases last year.

Turkey pledged to slowly transition to paying for the Russian imports with rubles at a summit between Erdogan and Putin in Sochi earlier this month.

Analysts believe the deal will ensure that Russia will continue to supply Turkey with gas through the TurkStream pipeline running under the Black Sea.

Erdogan said he did not expect Turkey to experience any energy shortages this year.

“I think Europe will have serious issues this winter,” Erdogan said. “We do not have such a situation.”

The spike in global energy prices caused by Russian supply disruptions has stoked an economic crisis in Turkey that has seen annual inflation soar to 80 percent and the lira plunge in value.