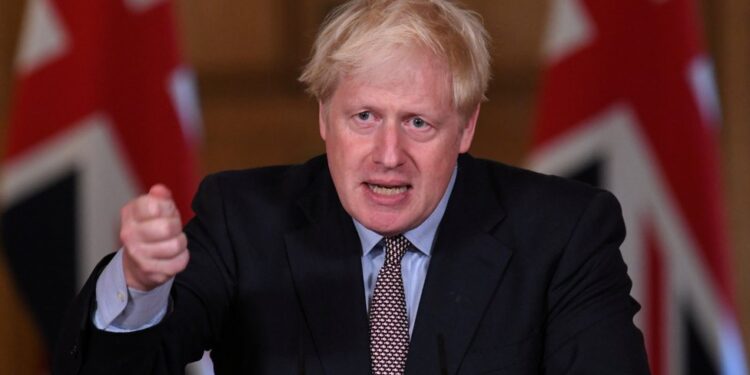 A number of European nations have kicked off 2021 in familiar fashion, locking down residents and struggling to curb Covid-19 cases.

The tightened restrictions come as a new variant of the virus causes alarm among governments across the continent.UK Prime Minister Boris Johnson announced a strict new national lockdown in England on Monday.

The restrictions will last for at least six weeks.”It’s clear that we need to do more together to bring this new variant under control while our vaccines are rolled out,” Johnson said in an address to the nation on Monday evening.

UK Prime Minister imposes harsh lockdown as new Covid-19 variant spreads“In England, we must therefore go into a national lockdown which is tough enough to contain this variant.

That means the government is once again instructing you to stay at home,” he added.Covid-19 cases in the UK hit a new daily record on Tuesday, with 60,916 new infections reported, government data shows.

From midnight local time on Tuesday, people in England are allowed to leave their homes only for limited reasons like shopping for essentials, exercise and medical assistance.

Scotland’s First Minister Nicola Sturgeon also said Monday that most of mainland Scotland would go into lockdown starting at midnight. Wales and Northern Ireland — the other two nations of the UK — were already in lockdown. 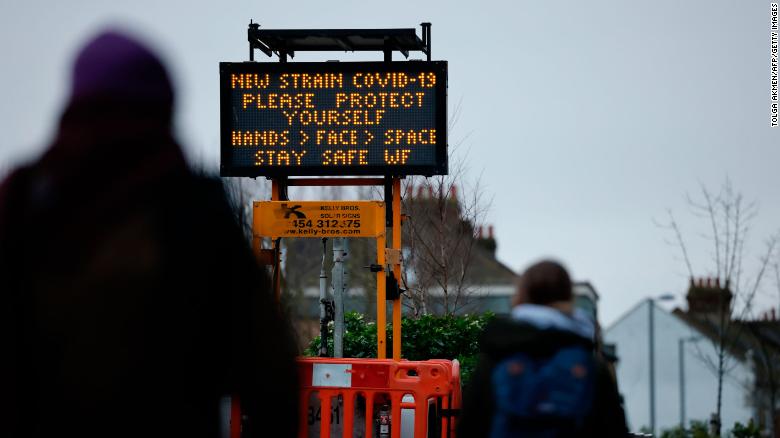 A billboard warns commuters of the new Covid variant at a station in Walthamstow, London on January 5.Elsewhere in Europe, Italy’s government announced on Tuesday that most of the coronavirus restrictions imposed in the country during the Christmas break would be extended until January 15

.People in Italy will be allowed to visit friends only once a day, in meetings capped at a maximum of two adults.And according to a new government decree, travel between regions will be forbidden except for health or work reasons.

Restrictions have also been imposed on the hospitality industry, with bars and restaurants only permitted to provide takeaway services. 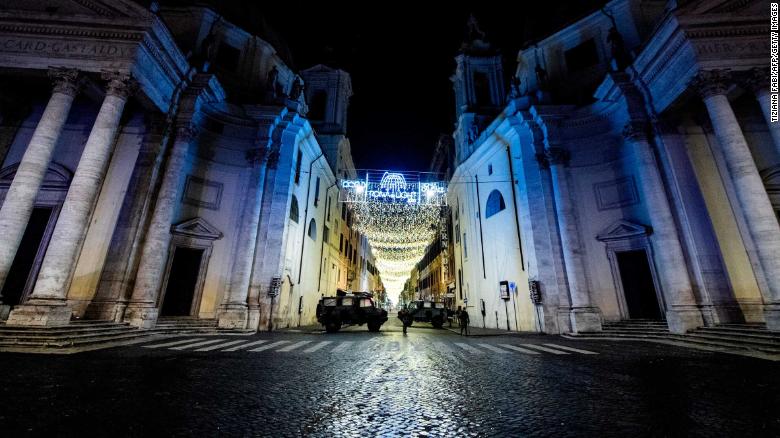 Germany’s government announced Tuesday it will extend the country’s national lockdown — which had been due to end on January 10 — until the end of the month and will tighten restrictions on movement.

“We will have to harden measures,” Chancellor Angela Merkel told journalists following a meeting with Germany’s 16 regional leaders in Berlin, warning that hospitals across the country were already overwhelmed, particularly intensive care units.Under the new measures, all non-essential stores, restaurants, schools and nurseries will be required to remain shut. People will only be permitted to meet one other person outside of their own home.

.”Covid-19 cases are still high and the pressure on the national health system continues,” Greek government spokesman Stelios Petsas said in a press briefing on January 2.”We stay home for these few days, and on January 11 we return to the current situation with our schools open.”

At the heart of many of Europe’s restrictions are school closures.The UK government was initially reluctant to shut schools, attracting heavy criticism from teachers’ unions when it insisted that they would reopen as planned this week, following the Christmas holidays.

But on Monday evening, the Prime Minister announced that all primary and secondary schools would close, with students moving to remote learning instead.

Europe has kept its schools open for much of the pandemic. Now closures loom

Johnson also said that GCSEs and A-Levels — the key standardized tests for 16- and 18-year-olds — would not be able to go ahead as planned at the end of the academic year.

Italy is taking a different approach. Its high schools will reopen on January 11, with 50% of the students being taught in class and 50% being taught remotely.K

indergarten and primary school students in Italy are to return to school as expected on January 7.

“It’s useless to reopen the schools just to close them again after a few days,” Sandra Zampa, Italy’s undersecretary for health, said in a radio interview on Tuesday.

In Germany, schools switched to remote learning in mid-December; a decision on whether to continue with that is due on Tuesday.

In Ireland and Spain, teachers’ unions and some local leaders are calling on authorities to delay the return to school too.Closing schools is widely viewed as a last resort in Europe and the push to close them highlights the scale of the challenge the continent faces.