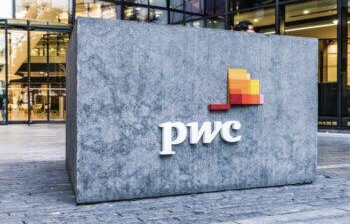 PricewaterHouse-Coopers has said that as Europe’s workforce decreases, there are existing advantages for job opportunities for the Nigerian labour market.

According to the new report entitled, “Nigerian Brain Exports: The Optimal Path to Growing the Nigerian Economy,” Nigeria already had a large Diaspora and the wealth of young talents in Nigeria was a strong asset that had given the country an edge.

The report noted that Nigeria’s target markets would primarily be Europe and North America, particularly as Europe’s old-age dependency ratio (people aged 65 or more as a percentage of the working-age population) was expected to increase from 27.8 per cent to 39.5 per cent by 2030.

This increases the risk of European countries being unable to replace retiring members of their workforce.The report envisaged that employment opportunities were expected to grow further, increasing the risk of Europe being unable to meet this increment in job demand.Also in a European Union Digital Economy and Society Index report, there was an indication of a shortage of information technology specialists in the labour market, with over half of the enterprises reporting difficulties in filling vacancies. About a million IT professionals are needed to fill the gap.

In the report, it was reiterated that the United States of America was not left out of the equation as it faced alarming skills gaps and mismatches that negatively affected its economic performance, according to the Wilson Center.

The report stated that between 2019 and 2020, employment in the US dropped by about 10 million to 147 million. In 2021, the US had nearly 7.4 million job openings (ranging from professional and business service to information technology).

However, just about 5.7 million jobs were filled due to lack of qualified candidates, economists at PwC said.

According to the National Skills Coalition, 53 per cent of US jobs are middle-skill (more education & training than a high school diploma but less than a four-year college degree). However, only 43 per cent of US workers are trained at this level, and this skill shortage could cost the US economy about USD2.5tn in lost output over the next decade, the report noted.

The declining workforce in America and Europe and the need for talent to sustain economic performance in these regions indicate that exporting Nigerian skills and expertise would benefit all parties. Nigeria exports brain capital and these markets provide jobs.

Currently in the ICT world, one in six people are women and this means that the nation is not tapping into all the skill sets available. A deliberate strategy to grow brain exports will address this, analysts at PwC said.

“We have created a plausible scenario for the impact of Brain Exports in the outsourcing market. Opportunities requiring low skill levels require a good command of the English language and communication skills. Mid-skill level opportunities may require a bit of talent and some training. Such training would be for a short period and are unlikely to be aptitude focused,” the report said.
“High-skill level opportunities, like programming and accounting, require structure and extensive training. Universities and professional institutes are examples of organisations that can provide this.

The impact of establishing several call centres across regions like the North-West where the poverty rate is very high could be very high, said analysts at PwC.