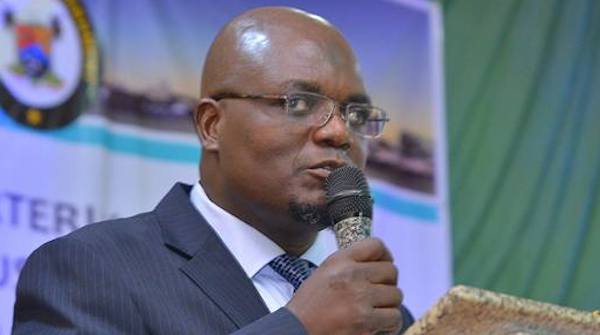 The Former Commissioner for Home Affairs, Dr Abdul-Hakeem Abdul-Lateef, has declared his intention to contest the office of the Governor of Lagos State in the 2023 election.

Abdul-Lateef made this declaration during the inauguration of “Iyepe 2023 We Fit Do Am” project, a movement meant to create political awareness among Lagosians.

According to Abdul-Lateef, who did not name his party choice, an Awori indigene should be given the opportunity to govern Lagos for the first time.

Abdul-Lateef noted that the people of Awori origin in the state also possess the prerequisite skills and experience to govern the state.

In his view, the need for Lagosians to have a good manager of humans and resources as their governor necessitated his intention to lead the state.

He harped on, “For a very long time, the Aworis have been disenfranchised. Nobody thinks of them; the questions have always been what do they know? Which school do they go to, but which schools are they going to that we have not attended?”

The former commissioner described the Aworis as competent and qualified to deliver on electoral promises, stressing that, “It is not a sin to be an Awori. So, I believe an Awori will be given the opportunity this time around”.

While declaring his aspirations, he said, “I believe I will have the support of the people when the time comes. Right now, it is not about the campaign. This is a movement. When we get to that we shall cross the bridge.”

He said not so many people are involved in voting these days. “Out of about 24 million people in Lagos State, during the last voting exercise we witnessed less than 1.5 million voters,” he recalled.

In the words of Abdul-Lateef, there is gradual level of disinterestedness by the populace. “So, we have started this movement to raise political awareness to encourage people to have hope that we can have transformation.

“By the time we encourage more people to participate in politics, we believe that things will change for the better by the grace of God.”

While describing “Iyepe” as a symbol of unity, which reminds “us that we are all from Adam who was created from sand”, the former commissioner added that a leader who bears Iyepe would bring unity among the people.

Therefore, he urged Lagosians to believe that nothing is impossible. “The time has come when votes will begin to count so as to bring into the leadership competent and committed people.”

He, however, applauded the leadership role of the All Progressives Congress (APC) National Leader, Bola Tinubu, for working towards leading Lagos State to the promised land.

He commended the efforts of the past governors of Lagos as well as the incumbent, Babajide Sanwo-Olu, for their tremendous leadership roles in the state.