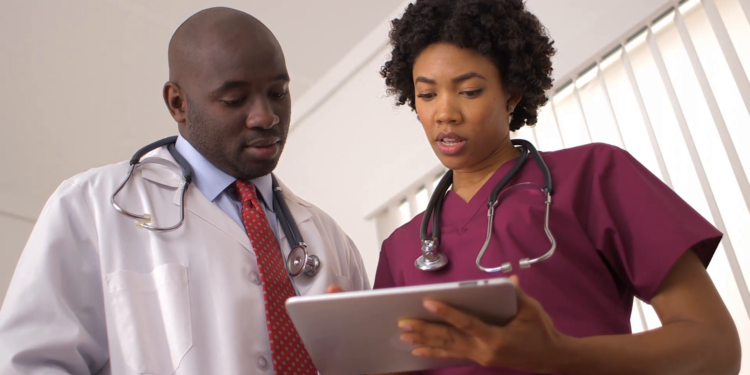 The Federal Government has said that medical doctors who do not turn up at work on Wednesday will be sacked. This is following a closed door meeting earlier on Tuesday between the government and members of the National Association of Resident Doctors (NARD).

The government further has directed all Chief Medical Directors, (CMDs) of its hospitals to open a record-keeping register between 7am and 12 noon each day, beginning from Wednesday, insisting that those who fail to show up for work would be identified and appropriately dealt with.

The Minister of Health, Osagie Ehanire, who led the meeting at the instance of the Minister of Labour and Employment, Dr. Chris Ngige, to negotiate with the striking doctors with a view to resolving the issues that led to declaration of strike on Monday.

After several hours at the negotiation meeting, which started at about 1 pm, National President, Dr. Aliyu Socumba, angrily stormed out of the meeting insisting that doctors would only suspend the ongoing action within 24 hours if the government brings something tangible on the table.

“I am not coming back, others may come back. The outcome is that all our discussion and demands have not materialised to a positive outcome and we have assured the Honourable Minister of Labour and Employment that once we are able to get a tangible outcome, a notice of the meeting shall be conveyed within 24 hours to review the industrial action.”

Reacting to the action of NARD leadership, Ehanire said a directive would be issued to medical directors of all the hospitals to open a register to collect records of all who report to work and those who did not.

He further informed that the government has an obligation to protect the lives of Nigerians who are suffering from one illness or the other, adding that there would be a need for ad-hoc arrangements to solve the need at hand.

The Minister said all the pleas to the doctors to see reasons with government, especially due to the COVID-19 pandemic fell on deaf ears. “Health is very important and a critical area at that, and under this circumstance, the health workforce are essential persons. We have pleaded with them over their demands so that the issues can be settled amicably. A number of these demands do have merits, but the government has also tried to meet their demands.

“Therefore, certain steps need to be taken to protect the citizens, particularly those who are in hospitals. This evening the ministry of health will issue a directive to all medical directors and Chief Medical Directors of all federal hospitals across the country to open up a register tomorrow morning by 7 a.m and record all those who come to work and all those who do not come to work.”