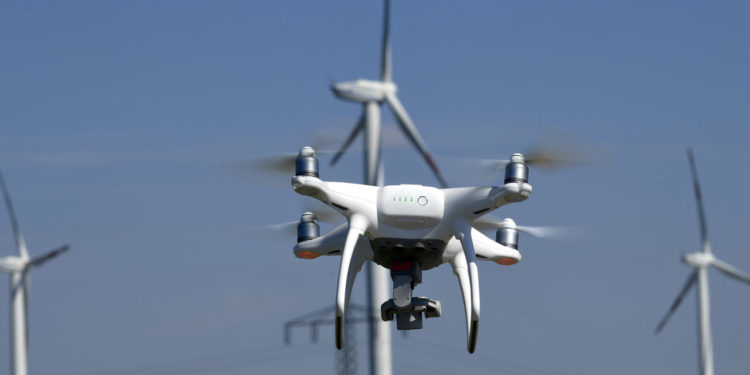 In line with the recommended safety measures, the Lagos State Police Command has deployed drones to disperse crowd and shut open places beyond the stipulated curfew period.

The RRS Surveillance drone was seen in a video shared on its Twitter handle, @rrslagos767, Wednesday of how the state police has advanced in carrying out its duties peacefully.

The state police further called on residents to maintain physical distance to help curb the spread of Covid-19 and stay safe.

This new development has seen spiked commendations from residents on Twitter as they applaud the Commissioner of Police, Hakeem Odumosu and Tunji Disu for a strategy well-planned out rather than harass people.

A Twitter user, @Olaleyeaustine, lauded: “I am absolutely waooooed by this. Technology and innovation is the way to go in serving as deterrent to people willfully disobeying the law. Kudos to this.”

Another, @Chidigab2000, applauded: “This is nice and a welcome development. This is what we mean by smart policing. We don’t need too much manpower. With more drones and less vehicles and personnel. unnecessary police harassment, killing of innocent citizens will be reduced.”

While many others gave thumbs up, a Twitter user, Emperor_Yemi @Oyeyemibosunde, noted, “I love the way you guys address them first instead of harassing them. Good work!”

Meanwhile, Samuel Adeola @diollarglory described their move as innovative. “That’s the humane approach of any RRS officers led by @TunjiDisu. His boys can be considered highly professional in handling issue of policing and criminal activities in Nigeria with utmost civility.”