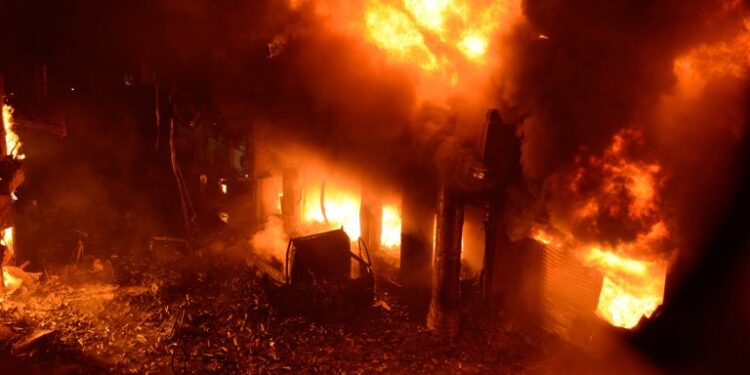 A fire outbreak has occurred at Cairo market, a popular textile market at the Oshodi area of Lagos.

The fire incident which began on Thursday night engulfed several shops in the market, witnesses said.

Pictures and videos circulated on social media also showed a crowd gathered at the scene, many of them wailing at the destruction.

The cause of the fire outbreak could not be ascertained at the time of this report.