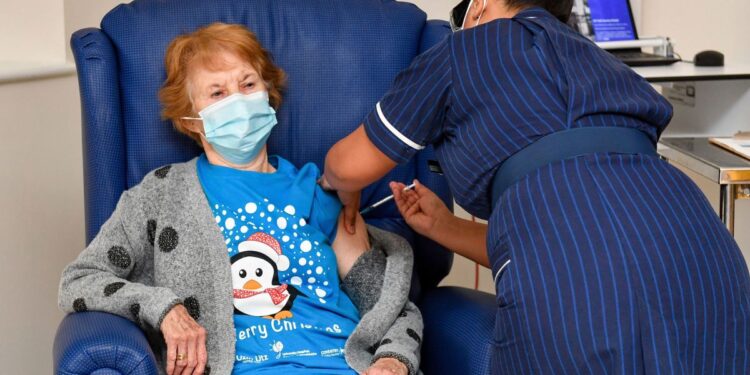 The United Kingdom has become the first Western nation to begin vaccinating its citizens with a Covid-19 shot outside of clinical trials — a landmark moment in the coronavirus pandemic.

The first Briton to get the Pfizer/BioNTech vaccine — 90-year-old Margaret Keenan — received the first of two doses at University Hospital in Coventry, less than a week after the UK became the first country to approve it.

The logistical challenges of manufacturing and distributing tens of millions of vaccines mean the roll out will be gradual, with the most vulnerable people and health care workers first in line. 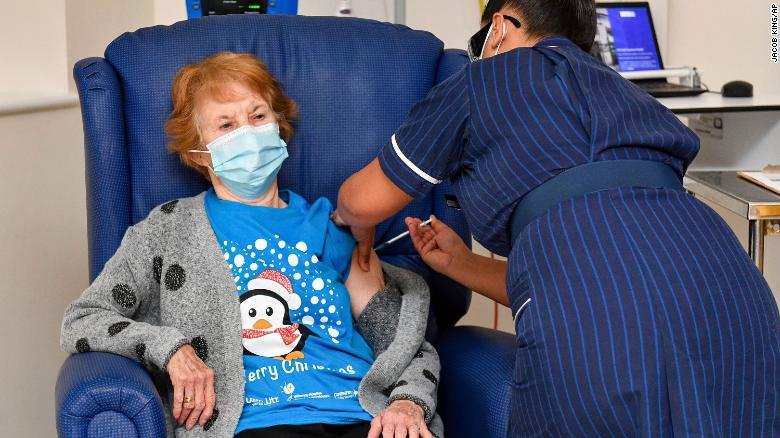 The UK has ordered 40 million doses of the vaccine, but only 800,000 shots will be available as part of the first wave that began on Tuesday.

Because the vaccine requires two doses administered at least three weeks apart, the UK will have enough shots to vaccinate roughly a third of the country’s population. The country has also ordered 7 million doses of the Moderna vaccine, which could be approved for emergency use in the UK within the next few weeks.

Keenan will have to go back for the second dose in three or four weeks’ time. According to the government’s guidance, each vaccinated person will receive a credit card-sized vaccination document with details of their next appointment. Seven to 10 days after the second dose, she should be protected against the virus.

While the UK’s immunization program started with a big bang on Tuesday, the vaccine remains off limits to the vast majority of people.

For now, it is available by invitation only for those age 80 and over, care homes staff and frontline health and social care workers. Care home residents were also expected to be prioritized, but the government said last week this won’t happen immediately.

The Pfizer/BioNTech vaccine offers 95% protection against Covid-19. According to the UK’s Medicines and Healthcare products Regulatory Agency (MHRA), more than one in 10 recipients may suffer side effects including pain at the injection site, headache, muscle pain, chills, joint pain, and fever. A handful of other, less common, side effects are also listed.

The US Food and Drug Administration is expected to follow the UK’s MHRA and authorize the emergency use for the Pfizer vaccine as soon as this week — its vaccine advisory committee is scheduled to meet on Thursday.

The European Medicines Agency will conclude its decision on the vaccine on December 29, according to the European Commission.