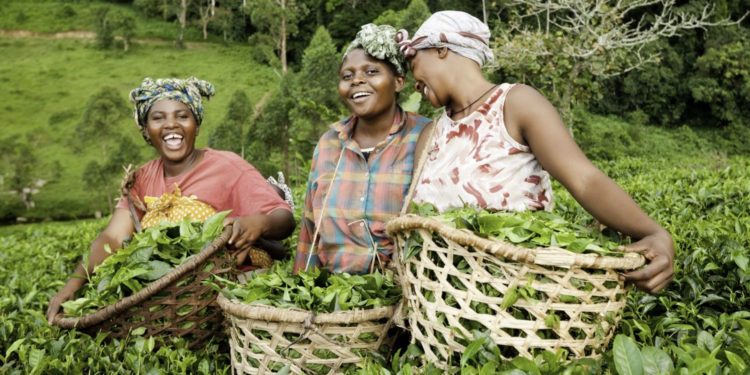 No fewer than five million Nigerian farmers have been registered alongside their farms for fertiliser subsidy through the Presidential Fertiliser Initiative (PFI), the Federal Government has said.

The Minister of Agriculture and Rural Development, Sabo Nanono, disclosed it at a meeting with stakeholders on fertiliser subsidy for farmers, in Abuja.

The Presidential Fertiliser Initiative (PFI) was flagged-off in December 2016 by President Muhammed Buhari.

The project aims to ensure local production of fertiliser and ensure efficient distribution to farmers.

This industry also has the capacity to employ over 250,000 people through both direct and indirect jobs across the nation, according to official figures.

Purchasing subsidised fertiliser has been a major challenge for farmers with a lot of inefficiency and corruption plaguing the distribution system, something the government hopes to resolve with the database.

On Monday, the agriculture minister said five million farmers have now been registered.

“Preparatory to the provision of the subsidy support, I wish to inform you that the Federal Ministry of Agriculture and Rural Development have registered and developed the database of the smallholder farmers for easy targeting with the fertilizer subsidy support. So far about five million farmers and their farms have been registered with biometrics including farm GIS coordinates,” Mr. Nanono said.

“Government has put in place several intervention programmes geared towards supporting the smallholder farmers most especially those affected by the Covid-19 pandemic, flood, #EndSARS and the earlier cessation of rainfall.”

Mr. Nanono also said the PFI has been restructured and a new regulatory plan developed.

“The regulatory framework is to regulate the activities of fertiliser operators such as manufacturers, blenders, producers and importers as well as agro-dealers (distributors) under which they must register and obtain certificate of registration and sales permit respectively, before being allowed to operate in the country.

“To ease the registration process with a view to promoting transparency and accountability, an e-registration portal has been developed and (is) operational.

“All these efforts are geared towards protecting the hard-earned investments of the farmers and the fertiliser enterprises in general,” he said.