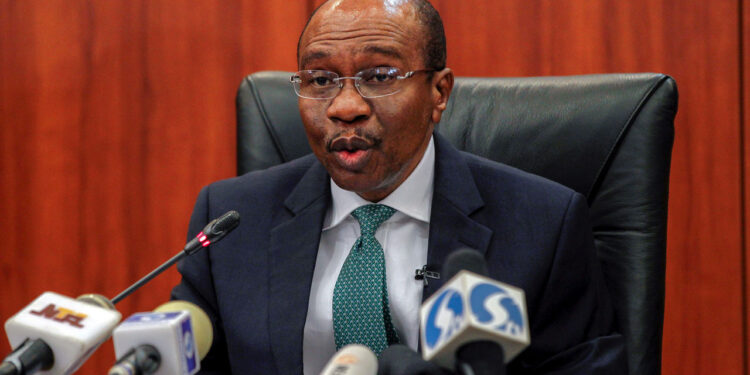 Recall that the Naira has suffered consistent crashes. As at Yesterday, it exchanged at N477/$ to the dollar at the parallel market. The official exchange rate remained at N379/$. This created a N98 naira gap between the two rates, heightening the temptation for round-tripping, that is, diversion of forex obtained from the CBN at an official rate, among forex dealers.

In a circular to all authorised dealers, the CBN Director, Trade and Exchange Department, Mr. O.S. Nnaji, said that the policy was aimed at ensuring honest use of forex resources and eliminate over-invoicing, transfer pricing, double handling charges and avoidable costs that are ultimately passed to the average Nigerian consumers.

Nnaji directed authorised forex dealers to desist from opening of ‘Forms M’ whose payment are routed through a buying company/agent or any other third parties.
He said in accordance with the new measure, “all authorised dealers are hereby requested to only open ‘Forms M’ for Letters of Credit, Bills for Collection and other forms of payment in favor of the ultimate supplier of the product or service”.

Additionally, in line with best practices around the world, the CBN will be immediately introducing a Product Price Verification Mechanism to forestall over-invoicing and or mis-pricing of goods and services imported into the country.

The CBN has continued to take steps to strengthen the naira and support foreign reserves accretion by constantly creating new policies and bottlenecks meant to reduce dollar spending and meet critical obligations.

According to the policy guideline, all Forms ‘M’ for the importation of milk and its derivatives will only be allowed for the aforementioned companies.