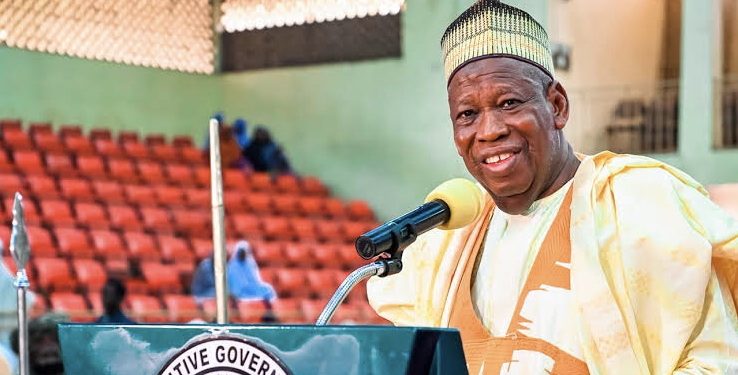 The Kano State House of Assembly, on Monday, received N43 billion as the 2022 supplementary budget/amendment bill from the office of the Executive Governor, Dr. Abdullahi Umar Ganduje.

In a letter dated this month, Ganduje submitted it to the House for subsequent scrutiny and approval in line with Section 122 (Sub-section A&B) of the 1999 Constitution of the Federal Republic of Nigeria.

The Speaker of the House, Ibrahim Chidari, explained that the proposed supplementary budget of over N43bn would be spent on personnel costs of over N2bn, overhead costs of more than N7bn, and capital expenditure of over N33bn

He pointed out that the supplementary budget became necessary in view of the need to sharpen the focus of the 2022 budget, to deliver on the objectives while accelerating the completion of priority projects.

In addition, the House received another letter from the executive, seeking the upgrading of Sa’adatu Rimi College of Education to the university of education status.

Briefing newsmen shortly after the plenary session, the majority leader of the House, Alhaji Abdul Madari, said the amendment considered in the committee of the entire House included sections eight and 10, while “private partner owners” were deleted and “private developers” inserted.

Following a motion, filed by the majority leader,  the House subsequently adjourned its sitting to the next day.