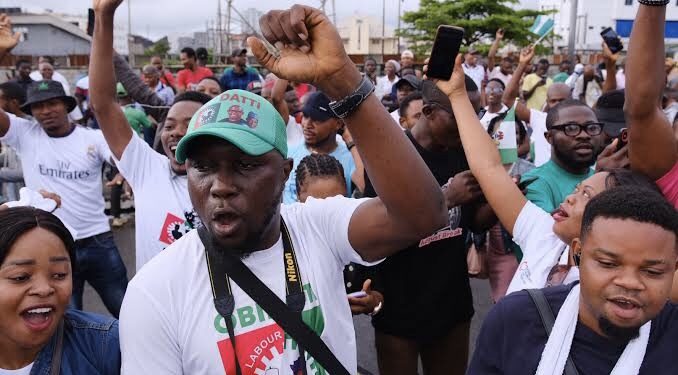 Supporters of the Labour Party Presidential Candidate, Peter Obi, have grounded traffic activities in Lekki, as they defied police orders and campaigned at Lekki toll gate.

The ‘Obidients’ as they are fondly called, gathered on Saturday morning at the toll gate despite heavy police presence on the ground.

It was noticed that private and commercial bus drivers finding alternative routes out of the traffic on the Lekki-Epe Expressway, as the traffic was almost at a stand still.

Speaking with a commercial driver, who opted for all his passengers to get another bus, he said, “Obidient people are campaigning at the toll gate, I have been in this traffic for too long, I’m going to turn back at Jakande roundabout. I wouldn’t be heading to Lekki Phase 1 again.”

A court had during the week ruled that no rally should be at the toll gate after the Lagos State Government filed a court action against rally at the spot.