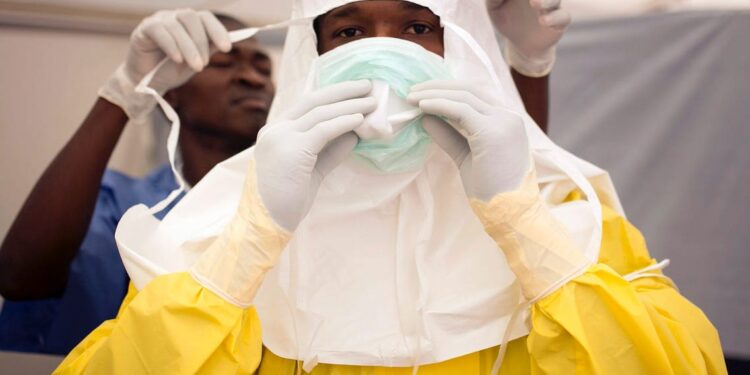 Guinea has declared an Ebola epidemic after three people died and four others became ill in the country’s southeast.

The seven people fell ill with diarrhoea, vomiting and bleeding after attending a burial in Goueke, near the Liberian border. The infected patients have been isolated in treatment centres, the health ministry said on Sunday.

“Faced with this situation and in accordance with international health regulations, the Guinean government declares an Ebola epidemic,” the ministry said in a statement.

Health Minister Remy Lamah said officials were “really concerned” about the deaths, the first since a 2013-2016 epidemic – which began in Guinea – left 11,300 dead across West Africa. The vast majority of cases were in Guinea, Liberia and Sierra Leone.

A second round of tests is being carried out to confirm the latest Ebola diagnosis and health workers are working to trace and isolate the contacts of the cases, state health agency ANSS said.

It reported Guinea would contact the World Health Organization (WHO) and other international health agencies to acquire Ebola vaccines. The vaccines have greatly improved survival rates in recent years.

Dr Matshidiso Moeti, the WHO Regional Director for Africa, said the resurgence of Ebola in Guinea was a “huge concern”.

“Health teams in Guinea are on the move to quickly trace the path of the virus and curb further infections,” she said. “WHO is supporting the authorities to set up testing, contact-tracing and treatment structures and to bring the overall response to full speed.”

Speaking to Al Jazeera from the Guinean capital, Conakry, Dr Yuma Taido – of the International Federation of Red Cross and Red Crescent Societies – said it was not clear how people had come into contact with the virus.

“We are preparing to manage the outbreak. We can’t explain yet how this epidemic came about. The response team are heading to the epicentre of the outbreak from today,” Taido said.

Weah “has mandated the Liberian health authorities and related stakeholders in the sector to heighten the country’s surveillance and preventative activities in the wake of reports of the emergence of the deadly Ebola virus disease in neighbouring Guinea”, his office said in a statement.

Neighouring DRC has faced several outbreaks of the illness, with the WHO on Thursday confirming a resurgence three months after authorities declared the end of the country’s latest outbreak.

DRC, which declared the six-month epidemic over in November, confirmed a fourth case in North Kivu province on Sunday.

The widespread use of Ebola vaccinations, which were administered to more than 40,000 people, helped curb the disease.

The 2013-2016 spread sped up the development of the vaccine against Ebola, with a global emergency stockpile of 500,000 doses planned to respond quickly to future outbreaks, the vaccine alliance Gavi said in January.