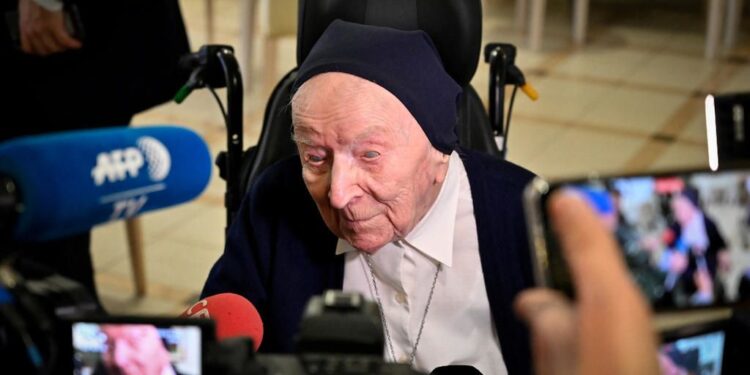 Sister Andre, who will be 117 this week, tested positive in her retirement home in southern France on January 16.

Europe’s oldest person, French nun Sister Andre, has survived COVID-19 and will celebrate her 117th birthday this week, her caregivers have said.

Lucile Randon, who took the name of Sister Andre when she joined a Catholic charitable order in 1944, tested positive for coronavirus in her retirement home in Toulon, southern France, on January 16.

She displayed no symptoms but was isolated from other residents.

“We consider her to be cured. She is very calm and she is looking forward to celebrating her 117th birthday on Thursday,” said Tavella, adding that Sister Andre, who is blind, will celebrate her birthday with a smaller group of residents than usual because of coronavirus risks.

Sister Andre, who was born on February 11, 1904, is the world’s second-oldest living person according to the Gerontology Research Group’s (GRG) World Supercentenarian Rankings List.

The oldest person is Japan’s Kane Tanaka, who turned 118 on January 2.

In May last year, a 113-year-old woman in Spain’s northeastern province of Girona recovered after contracting the novel coronavirus.

More than 100 years ago, Del Priore was also diagnosed with the Spanish flu as a child.

More than 106 million people across the world have been infected by the coronavirus and at least 2.3 million have died.