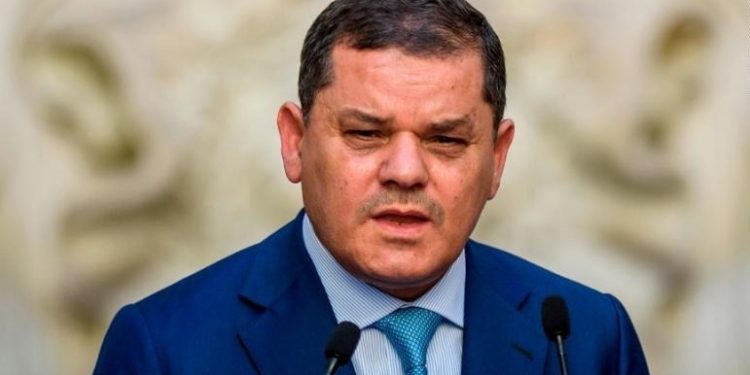 Assailants struck Libyan Prime Minister Abdulhamid al-Dbeibah’s car with bullets early on Thursday but he escaped unharmed, a government source close to him said, amid intense factional wrangling over control of the government.

The source said the incident happened as Dbeibah was returning home, describing it as a clear assassination attempt, adding that the attackers fled and the incident has been referred for investigation.

Footage carried by regional Al Jazeera TV later showed what it said was Dbeibah’s vehicle, which had what appeared to be a bullet mark on the windscreen and two other marks on a headlight and the chassis. Reuters could not immediately verify the images and has not spoken to other witnesses to the incident.

If confirmed, an attempt to assassinate Dbeibah could aggravate the crisis over control of Libya after he said he will ignore a vote scheduled by the eastern-based parliament later on Thursday to replace him.
Armed forces have mobilized more fighters and equipment in the capital over recent weeks, raising fears the political crisis could trigger fighting.

Libya has had little peace or stability since the 2011 NATO-backed uprising against Moammar Gadhafi, and it split in 2014 between warring factions in east and west.
Dbeibah was installed in March as head of the UN-backed Government of National Unity (GNU) that was meant to unify the country’s divided institutions and oversee the runup to an election in December as part of a peace process.

Rival factions have been jostling for position after the election process fell apart amid disputes over the rules, including over the legitimacy of Dbeibah’s own candidacy for president after he pledged not to run.
The parliament, which mostly backed eastern forces during the civil war, has declared the GNU invalid and will hold a vote on Thursday to name a new prime minister to form another government.

Dbeibah said in a speech this week that he would only hand over power after an election and the UN’s Libya adviser and Western countries have said they continue to recognize the GNU.
The parliament said this week that no elections would be held this year, after it and another political body amended the country’s temporary constitution, dismaying the many Libyans who had registered to vote.

The parliament’s move to choose a new prime minister may lead to a return to the situation before Dbeibah’s unity government was installed, with parallel administrations seeking to rule Libya from different cities.

However, analysts say that may not immediately trigger a return to civil war.