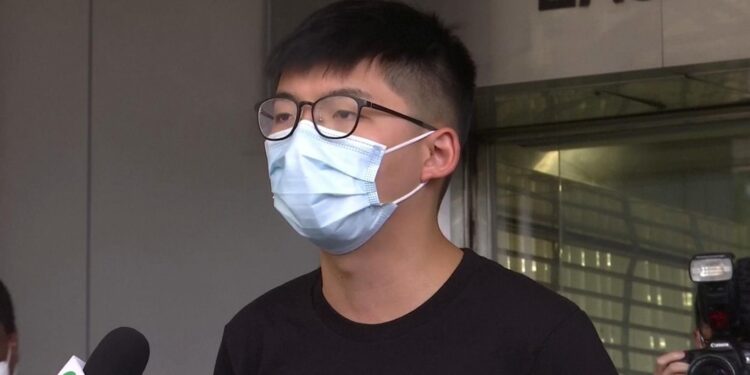 Hong Kong pro-democracy activist Joshua Wong has been arrested in jail on a new charge, while a detained American lawyer has been granted bail.

The leading activist, who is serving a 13-month prison sentence for organising and participating in an unauthorised protest in 2019, was taken away to give a statement on the new charge, a post on his Facebook page said.

On Wednesday, 53 activists and Democrat Party members were arrested over their organisation and participation in last July’s unofficial primary election for the since-postponed 2020 Legislative Council election.

The arrests mark a major increase in the use of the security law – which was brought in by China last year and prompted months of protests.

It made acts of subversion, secession, terrorism and collusion with foreign powers to intervene in Hong Kong affairs illegal, with a maximum punishment of life imprisonment.