How God Healed Me From Ovarian Cyst- Actress, Zainab Balogun 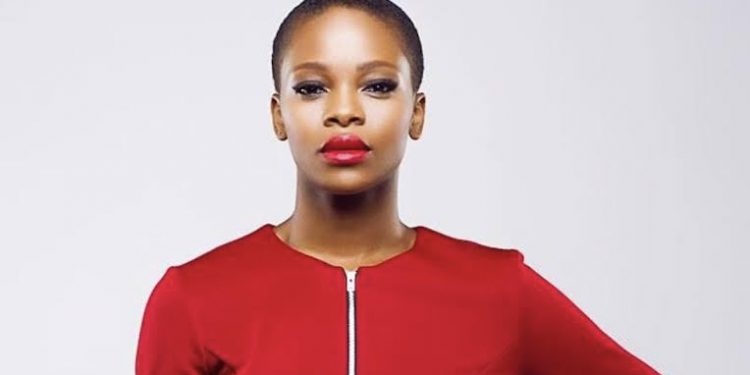 Nollywood actress, Zainab Balogun-Nwachukwu, has disclosed her close encounter with death and how God delivered her from ovarian cyst and other diagnosis.

In a video posted on her Instagram page on Tuesday, Balogun shared her story which began when she was diagnosed with both ovarian cyst and stage 3 endometriosis in 2020.

The actress said the cysts recurred and “came back stronger in 2022, despite earlier removal via surgery.”

She said, “I have wanted to say these eight words for a very long time, that ‘I am the woman God has shown mercy’.

“My story started in 2020 when I discovered I had two ovarian cyst and I had to have surgery for that. I was also diagnosed with stage three endometriosis.

“Fast forward to 2022, these cyst had reoccurred. The left cyst on my left ovary actually came back ‘stronger’ than before. So I was told I have to undergo surgery to remove the left ovary and left cyst in order to protect the right one, so that I can go ahead and do egg freezing.

“And I was saying ‘God by April I don’t want to see these cysts in my body again. I want something new, something different.’

“April scans came, the cysts had reduced in size and I said, ‘God, I receive it, I’m grateful. However, this healing is not complete.’

“Surgery was scheduled for the 4th 0f July. On the 1st of July I went to do my pre-surgery scans and before I left, I said to God that I want this scan to be different, and I felt it in my spirit that the Holy spirit was telling me, ‘Tomorrow, you’ll know.’

“So I went for the scan. The radiologist said he could see the left cyst, however the right one has reabsorbed and I asked ‘what’s the difference in the size?’. He said, ‘I can’t see it, it’s not there anymore.’”

The actress said she cancelled her scheduled surgery due to scan, and resumed prayers, believing God will perfect the miracle. She afterwards visited another doctor who diagnosed her with a blocked fallopian tube after a MRI scan.

According to her, it was during the discussion of treatments for the blocked fallopian tube that it was discovered she no longer had cysts in her body.

“Beginning of September, I went to do a MRI scan as recommended by this doctor. He told me, ‘This is treatable. These are the options you have for this’. So I said, ‘When it’s time for egg freezing, they’re going to inject me with hormones, so how is this going to affect the left cyst that is still there?’ So he told me, ‘There is no cyst’. I asked, ‘what do you mean?’

“And he says ‘Thank God you didn’t go through surgery but there is no cysts in your body.’

“I’ve wanted to be that woman that sits here and testifies. And I said to God, ‘If you can give me my miracle, I’d sit and testify that truly, what God cannot do, doesn’t exist.”

Balogun had earlier spoken out about her struggle with endometriosis, a disorder where tissue appears outside a woman’s uterus.

Sharing her experience in March, the endometriosis awareness month, the actress stated in an Instagram post that the ailment had caused her “vicious pain” for more than 20 years.