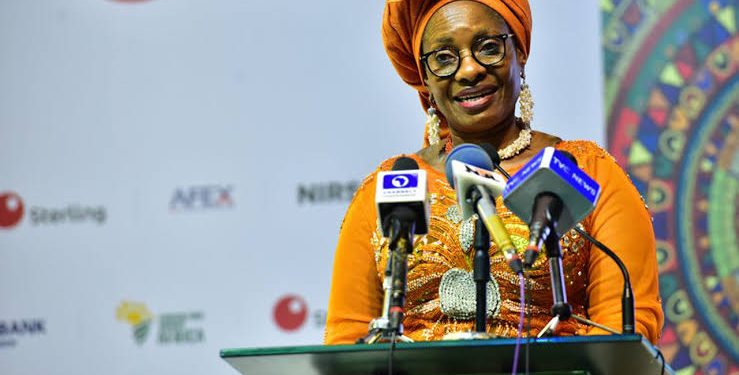 The Human Rights Writers Association, HURIWA, has berated the Minister of Women Affairs, Dame Pauline Tallen, and her counterpart in the Ministry of Education, Mallam Adamu Adamu, over their inaction following the brutal rape and attendant death of a 14-year old Abuja student, Keren-Happuch Akpagher.

The 14 year old who was diabetic, was a boarding student at Premiere Academy, Lugbe in Abuja and was said to have been raped while at school but later developed sepsis and passed on.

Mother of Keren-Happuch, Vivien Vihimiga Akpagher, had filed a complaint against Premiere Academy, Lugbe following her daughter’s death on June 22, 2021 due to a condom left inside her by her rapist(s), which infected her with sepsis and spiked her blood sugar tragically. In a statement, yesterday, in Abuja, National Coordinator of HURIWA,  Emmanuel Onwubiko, noted that the silence of both ministers with statutory responsibility to all school children to keep them safe, amounted to abdication of their duties, urging them to awaken to their responsibilities or face mass action by the teeming Nigerian youths.

HURIWA said if the ministers fail to act now, it would join forces with other Civil Society Organisations to mobilise youths to march on the Presidential Villa and the National Assembly to demand that they be removed from office. Onwubiko also lampooned the Federal Capital Territory, FCT, Police Command for its shoddy handling of investigation into the matter, which he alleged is tainted with bias against the family of the late teenager.

He “condemned the refusal of the FCT Command and particularly the Deputy Commissioner of Police, Mr. Fom Pam Joseph, to give copies of the medical and autopsy report to the family of the deceased despite a Freedom of Information request for it whereas he allegedly gave copies to the accused school as acknowledged by his then acting principal in a national newspaper of 14th of September 2021”. He asked the Inspector General of Police, Usman Alkali Baba, to investigate the command and order the Deputy Commissioner, Fom Pam Joseph to immediately release the medical and autopsy reports to the deceased’s family. The organisation also charged the National Human Rights Commission NHRC and the Social Development Secretariat of the Federal Capital Territory Administration FCTA to urgently act on the official petitions filed by the Coalition of Gender Based Violence Responders about three months ago, pointing out that their inaction incentivises Child Sexual Abuse and accounts for the alarming rise of the menace.

Part of the statement reads; “In the last four months, the Human Rights Writers Association HURIWA has observed with disbelief and consternation the shoddy and unprofessional handling by the FCT Police Command of investigation into the allegation of rape of 14 year old Keren-Happuch Aondodoo Akpagher against her school, Premiere Academy, Lugbe, Abuja, which consequently led to her death on the 22nd of June 2021.

“We note with utmost displeasure the refusal of the Deputy Commissioner at the FCT Police Command, Mr. Fom Pam Joseph despite the service on his office of a Freedom of Information (FOI) request to release the medical and autopsy reports to the family of Keren-Happuch, yet it is on record that he allegedly released same report to the said Premiere Academy as admitted by the acting principal of the school, Mr. Chris Akinsonwon in an interview he granted Punch Newspaper published on 14th of September 2021.

“We must condemn the alleged bias and favouritism extended to Premiere Academy by the team at the FCT Command even as we state clearly that it is the right of every family to have a copy of the medical and autopsy reports of their deceased relative.

“In a 21st century where countries are striving to contain the rising tide of Child Sexual Abuse and indeed Sexual and Gender Based Violence, we hold the considered view that the conduct of the FCT Police Command has, by its handling of this instant case, not only demonstrated clear unprofessionalism as a policing institution for all Nigerians.

“Ideally, the police ought to join hands with committed stakeholders to curtail this menace and forge a safe and conducive environment for our children and women to thrive.

“We call on the Inspector General of Police IGP to immediately order the FCT Command to make copies of the medical and autopsy reports available to the family of Keren-Happuch.

“We also wish to call out the Minister of Women Affairs and Minister of Education for their aloofness and disinterest in the unfolding tragic story of rape of the 14 year old, which caused her health complications and led to her death.

“The silence and inaction of both ministers amount to abdication of their responsibility to hold Premiere Academy accountable for whatever happened to the 14 year old girl and shows their total lack of commitment to secure safe spaces and insist on safe schools for our children.

“We call on both ministers to be alive to their responsibility otherwise we will have no choice than to mobilize teeming Nigerian youths and all Civil Society Organizations to a protest rally to the Villa and the National Assembly to call for their removal from office.”