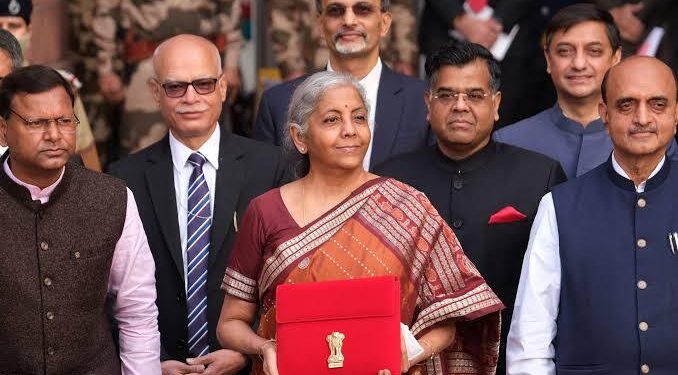 India is planning to launch a digital version of the rupee, becoming the latest country to join the rush to create state-backed virtual currencies.

The country’s central bank expects to introduce the currency “using blockchain and other technologies” some time in the new fiscal year, which begins in April, according to Indian Finance Minister Nirmala Sitharaman.

Presenting India’s annual budget to parliament on Tuesday, Sitharaman said the digital rupee would “give a big boost to the digital economy.” She did not give any further details about what the launch would entail, how widely a digital rupee might be used initially, or what impact it might have.

Digital payments have grown dramatically in popularity in India since late 2016, when Prime Minister Narendra Modi banned the country’s two biggest rupee bank notes. Apart from homegrown players such as Paytm, some of the world’s biggest tech companies, including Google (GOOGL) and Facebook (FB), have joined India’s cashless payments boom.

The announcement comes as other major economies move forward with their own plans to launch virtual versions of their own currencies. China has been trialing its digital yuan in major cities for the last two years. It’s one of only three payment methods available to athletes, officials and journalists attending the Beijing Winter Olympics this month.

Europe and the United States have also been exploring the possibilities for a digital euro and digital dollar, though both have stressed the importance of mitigating financial risk presented by any e-currency.

No ban on cryptocurrencies

In her speech Tuesday, Sitharaman suggested that authorities are willing to continue allowing crypto trading in the country, albeit with some regulations. She said that the Indian government would impose a 30% tax on income from virtual digital assets.
“There has been a phenomenal increase in transactions in virtual digital assets,” Sitharaman said. “The magnitude and frequency of these transactions have made it imperative to provide for a specific tax regime.”

The budget speech was greeted with a sigh of relief from India’s crypto investors, and industry experts pointed to Sitharaman’s remarks as a sign that Asia’s third largest economy would not ban virtual currencies.
“Hope to see a reduction of crypto ban fear in India.” tweeted Nischal Shetty, the founder of cryptocurrency platform WazirX, on Tuesday. “Lot to unpack here but overall this is a very positive step forward for crypto ecosystem in India.”

Virtual currencies have become attractive to Indians since the start of the pandemic. While the government does not keep estimates of how many people trade cryptocurrencies, media reports have suggested that the country may hold as many as 20 million crypto investors, citing industry experts.
“Taxation of virtual digital assets or crypto is a step in the right direction. It gives much-needed clarity and confidence to the industry,” said Sumit Gupta, co-founder of CoinDCX, an exchange that is also India’s first crypto unicorn.