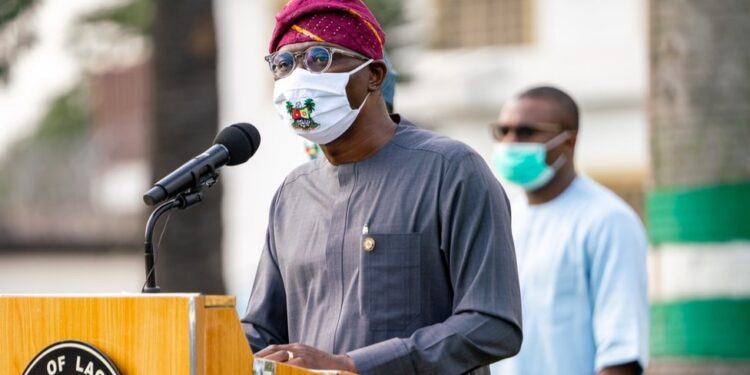 The Lagos State Government has prohibited the illegal occupation of abandoned buildings and properties under construction as part of measures to address security challenges.

Idris Salako, Commissioner for Physical Planning and Urban Development, disclosed this in a statement made available to newsmen on Friday in Lagos.

Mr. Salako said the measure became necessary due to security challenges in the nation.

“Lagos State Government has observed with dismay the security challenges in the nation and clearly understands the danger posed by the likely spread of this ugly situation to our dear state,” he said.

Mr. Salako noted that hoodlums and social miscreants had continued to convert abandoned buildings and project sites to their bases, from where they commit atrocities, posing serious danger to residents.

He said his ministry decided to invoke its powers, under Section 73 of the Lagos State Urban and Regional Planning and Development Law 2019 as amended, to ensure a safe, secure, sanitised, and sustainable environment.

Mr. Salako said that owners and developers of uncompleted or existing buildings should always ensure their properties were in “proper environmental, safe and sanitation conditions.

“No abandoned building will be allowed, for security and safety reasons.”

He added that no worker should stay back beyond 6:00 p.m. within premises of buildings undergoing construction.

Mr. Salako warned property owners and developers to comply within 30 days to avert sanctions of their buildings being sealed off and further actions taken where necessary.

“The Ministry is committed to ensuring livability, safety of lives and properties as well as security in Lagos State, hence Owners/Developer(s) who fail to comply with the above conditions within 30 days, would have their buildings sealed off and further actions will be taken where necessary,” he said.