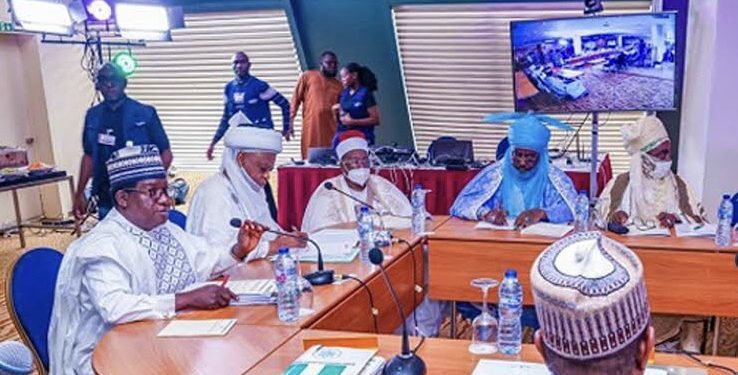 In tackling the security challenges in the region and the nation at large, the Northern Governors’ Forum (NGF) and Northern Traditional Rulers Council in Abuja, are seeking the establishment of state police.

Chairman of the forum and Plateau State Governor, Simon Lalong, said the meeting reviewed the security situation in the North and other matters relating to its development and resolved to support the amendment of the Constitution to accommodate the establishment of state police.

According to a statement, Tuesday, by the Director of Press and Public Affairs, Dr. Makut Simon Macham, the governor said the move would effectively and efficiently address the security challenges of the region.

NGF reiterated its commitment to the development of solar energy in view of the comparative advantage of abundant sunshine in the region.

Consequently, it was unanimously agreed that 2,000 megawatts of solar power should be harvested across the 19 states and Abuja with a view to harnessing the huge potential of solar power.

The gathering regretted the ongoing ASUU (Academic Staff Union of Universities) strike, which it believes, was more punitive in the region, as most of the students in the area attend public institutions.

The body, therefore, pleaded with the university teachers to “cooperate with the Federal Government in resolving the dispute.”

THIS is even as the Arewa Youth Vanguard, yesterday, faulted the “worst of insecurity is over” assertion of the Minister of Information and Culture, Lai Mohammed.

The body described the claim as a mockery of the Nigerian populace.

The minister had, last week, said: “The worst of insecurity is over”, while briefing newsmen on the security situation in the country.

Mohammed had continued: “While the country may still witness isolated attacks on soft targets by terrorists, the security agencies have battled the agents of darkness and recorded massive victory against the terrorists.”

Adegbenro had submitted that the “time is not right to make what he described as “bogus statements” about the insecurity situation.”